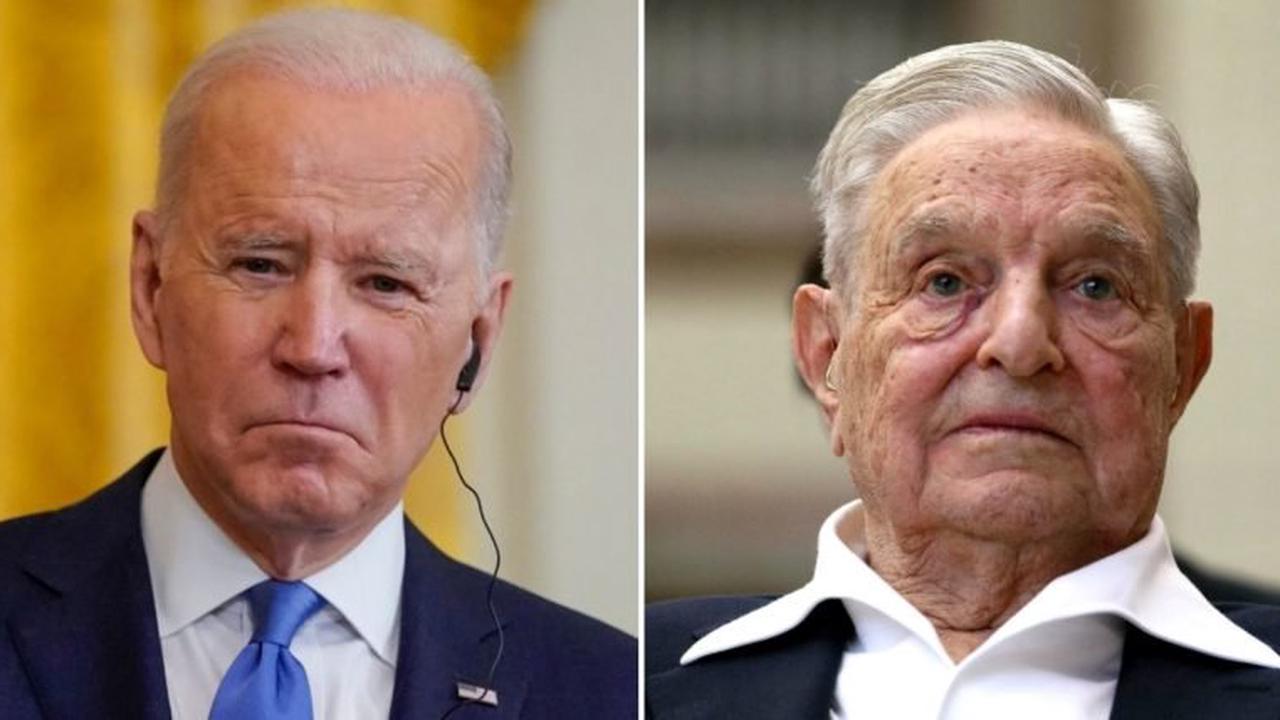 Sure, that’ll be dismissed as conspiracy theorizing by the mainstream media. However, parts of the 700-page proposal bear a striking resemblance to a memo prepared for the Department of Education by a group called Governing for Impact — described by Fox News as “a secretive liberal nonprofit whose board includes a high-level Soros director.”

The administration’s Title IX proposal, released last week, rolls back guidance from the Trump administration and pushes gender ideology in the name of fighting transgender bias.

“My Administration will continue to fight tirelessly to realize the promise of Title IX — that every person deserves an opportunity to pursue their education free from discrimination and realize their full potential,” Biden said in a statement, according to Fox News.

The proposal covers a wide range of issues, such as discrimination, sexual harassment and assault, but perhaps most notably, the administration is proposing regulations that would give federal weight to transgender student participation in sports — something that would likely be met with fierce opposition from most Republicans and even some Democrats.

And it’s not a done deal. According to CNBC, the public will have the opportunity to comment on the proposal for the next 60 days. After that, the DOE will then need to address each point in writing before the regulation is finalized. All of that could take several months or even longer, CNBC reported.

That’s for another day, however. In the meantime, it certainly looks like George Soros is putting his thumb on Biden administration policy.

Take Governing for Impact’s “Proposed Action Memorandum” from November of 2020, titled “Protecting the Rights of LGBTQ+ Students Under Title IX of the Education Amendments of 1972.”

“The Trump administration has weakened protections for transgender individuals under Title IX of the Education Amendments of 1972 (Title IX) by rescinding previous policy statements, changing its enforcement policy, filing Statements of Interest in litigation, and threatening fund termination for schools that support transgender students,” the memo stated.

A representative for the Department of Education wouldn’t comment on whether the memo was used to craft the new Title IX policy. according to Fox.

Instead, the representative said that the “proposed rule was developed through a transparent and public process including stakeholder engagements and a public hearing and comment process, including hundreds of comments and feedback regarding protections to end discrimination on the basis of sexual orientation and gender identity.”

“The Department continues to welcome feedback from all parties on the proposed regulations to ensure Title IX can fulfill its full promise and protect all students,” the representative told Fox.

However, Governing for Impact — which received almost $13 million of its funding from Soros’ Open Society Foundations in 2019 and 2020, according to Fox — “has quietly worked with the Biden administration behind the scenes and boasted in internal memos of implementing more than 20 of its regulatory agenda items as it attempts to reverse Trump-era deregulations by zeroing in on education, health care, housing, labor and environmental issues,” Fox reported.

GFI’s executive director, Rachel Klarman, also expressed delight at the new policy, according to Fox, and indicated her group might have had something to do with it. Nudge nudge, wink wink.

Klarman told Fox the organization was proud of its “ongoing efforts to help ensure that the federal government works more effectively for everyday working Americans, not just for members of industry groups that have long devoted vast resources to pursuing their own policy agendas.”

“During the [presidential] transition, Governing for Impact made a number of recommendations for how this policy could be improved, which are available on our public website.”

The group is secretive. According to Fox, its presence on the internet is opaque. Its website, “governingforimpact.org,” does not show up readily on search engines. Its memos — lengthy, densely written legal briefs outlining issue backgrounds, tactics and strategy — do not contain authors’ names.

The organization itself is not a stand-alone nonprofit, according to Fox, instead being sponsored by New Venture Fund, a nonprofit incubator attached to Washington, D.C.-based consultancy Arabella Advisors.

“The group’s attachment to the Arabella-Advisors dark money network, which raised $1.6 billion in anonymous donations in 2020, is not discoverable from public records. The New Venture Fund does not report GFI as a trade name in its D.C. business filings,” Fox noted.

“However, GFI’s links to the New Venture Fund are discoverable in George Soros’ Open Society Foundations (OSF) grant database. A search of the database shows that Soros nonprofits sent $12.98 million to GFI and its related action fund in 2019 and 2020. “

In addition, the executive director of Soros’ Open Society Foundations, Tom Perriello, is on GFI’s board.

“Their work gives voice to people often overlooked in a regulatory environment too often dominated by corporate interests,” he added. “Our support for Governing for Impact’s work is publicly available on our website, and we are transparent about our enthusiasm for their victories for American workers and families.”

Naturally, this led to some questioning how deeply the Democrats really care about so-called “dark money” when GFI is so close to the Biden administration.

“Governing for Impact is the ultimate example of the ‘dark money’ the Left pretends to hate. It works totally in secret, it’s funded by one billionaire, it’s run by that billionaire’s cronies, and it directly influences policy from the shadows,” Parker Thayer, an investigative researcher at the Capital Research Center, told Fox.

“The idea that a group so deeply in Soros’s pocket is calling the shots on regulations that will affect the education and safety of almost every child in the country is deeply disturbing and should be investigated at once.”

For what it’s worth, Soros’ far-left policy prescriptions have met with failure of late. One high-profile district attorney elected with Soros funding — Chesa Boudin of San Francisco — went down in a recall vote after citizens became incensed with his soft-on-crime policies. Another, George Gascón of Los Angeles, could well face a similar fate.

Pushing transgender ideology on young children doesn’t go over well with parents, meaning this could very well be the next policy to fail spectacularly for Soros. Not that he’ll stop trying — which is why conservatives need to keep watching.

Trump Responds to Report of Secret Service Agents Willing to Testify He Did Not Lunge at Steering Wheel on Jan. 6

MORE LIES: Cassidy Hutchinson ALSO Lied about Handwritten Note in Testimony — And Liz Cheney KNEW IT WAS A FALSE because the Actual Author of the Note Testified It Was His!