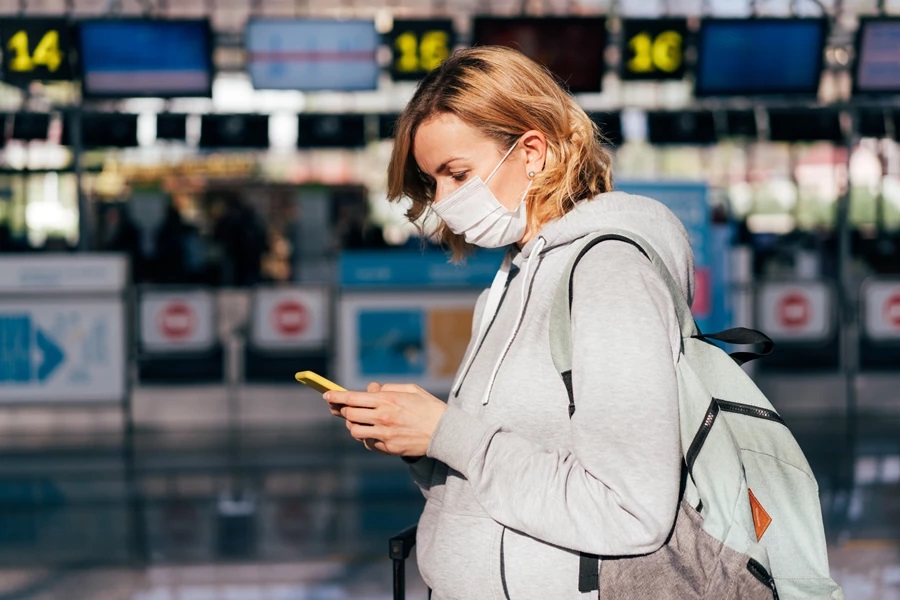 The New York Times concedes that mask mandates are ineffective—as President Biden fights to reinstate them.

Throughout the pandemic, few things incited more discord than the mandated use of facemasks as a preventative measure to reduce the spread of Covid-19.

At various times, merely questioning the effectiveness of masks or mask mandates could result in a social media suspension, as when Sen. Rand Paul (R-KY) received the boot from YouTube for citing research that suggested cloth masks were ineffective at containing Covid (something CNN admitted months later).

While mask mandates have largely receded across the US, arguments over their effectiveness have not.

On Tuesday, President Biden’s Justice Department asked a federal appeals court to overturn a District Court judge’s order that declared the government mask mandate on airplanes, buses, and other transit unlawful, stating that the CDC had not sought public comment prior to the order and failed to adequately explain its reasoning.

The Justice Department’s timing could be inauspicious.

The same day the DOJ’s appeal was filed, The New York Times published an article that explores the ineffectiveness of mask mandates. David Leonhardt, a Pulitzer Prize-winning writer, begins by exploring an apparent paradox involving masks observed by epidemiologist Dr. Shira Doron of Tufts Medical Center: “It is simultaneously true that masks work and mask mandates do not work.”

In U.S. cities where mask use has been more common, Covid has spread at a similar rate as in mask-resistant cities. Mask mandates in schools also seem to have done little to reduce the spread. Hong Kong, despite almost universal mask-wearing, recently endured one of the world’s worst Covid outbreaks.

Advocates of mandates sometimes argue that they do have a big effect even if it is not evident in populationwide data, because of how many other factors are at play. But this argument seems unpersuasive.

After all, the effect of vaccines on severe illness is blazingly obvious in the geographic data: Places with higher vaccination rates have suffered many fewer Covid deaths.

While the idea that masks work while mask mandates do not might seem like a paradox, there’s actually a very simple explanation for the phenomenon (though it’s not the only explanation).

As Leonhardt notes, it’s quite possible that people who choose to wear masks wear them differently than people who are required to wear them.

“Airplane passengers remove their masks to have a drink. Restaurant patrons go maskless as soon as they walk in the door. Schoolchildren let their masks slide down their faces. So do adults: Research by the University of Minnesota suggests that between 25 percent and 30 percent of Americans consistently wear their masks below their nose.

“Even though masks work, getting millions of people to wear them, and wear them consistently and properly, is a far greater challenge,” Steven Salzberg, a biostatistician at Johns Hopkins University, has written.

Humans tend to forget this, but it’s an idea that Leonard Read took seriously. In his 1969 essay “The Bloom Pre-Exists in the Seed,” Read argued that one could reasonably predict the ends of a given action based on the means employed.

Examine the actions—means—that are implicit in achieving the goals.

Implicit in the collectivistic approach…is the masterminding of the people…The control of the individual’s life is from without. [But for] an individualist…what is valued above all else [is] each distinctive individual human being.

Any conscientious collectivist, if he could…properly evaluate the authoritarian means his system of thought demands, would likely defect.

However lofty the goals, if the means be depraved, the result must reflect that depravity.

This is why Read believed it was important to focus on means first, and ends second. Unfortunately, as a society we increasingly take the opposite approach—and we saw ample evidence of this during the pandemic, including with mask mandates.

Any thinker worth his salt will tell you if you have a paradox, the first thing you should do is check your premises. It’s more than possible that one of Leonhardt’s premises—masks work, mask mandates don’t—is wrong. (Considering that prior to and during the pandemic the World Health Organization, the US Surgeon General, and the CDC all expressed doubt about the effectiveness of masks in preventing the spread of respiratory viruses, I’m betting on the former being wrong over the latter.)

Whatever the case may be, it’s safe to say Leonard Read would have been one of the few voices in the wilderness during the pandemic warning that non-pharmaceutical interventions (lockdowns, mask mandates, etc.) would achieve little and would likely cause serious harms—and he would have been right.

Read knew the bloom pre-exists in the seed, and that means the use of force, sooner or later, is likely going to yield rotten fruit.