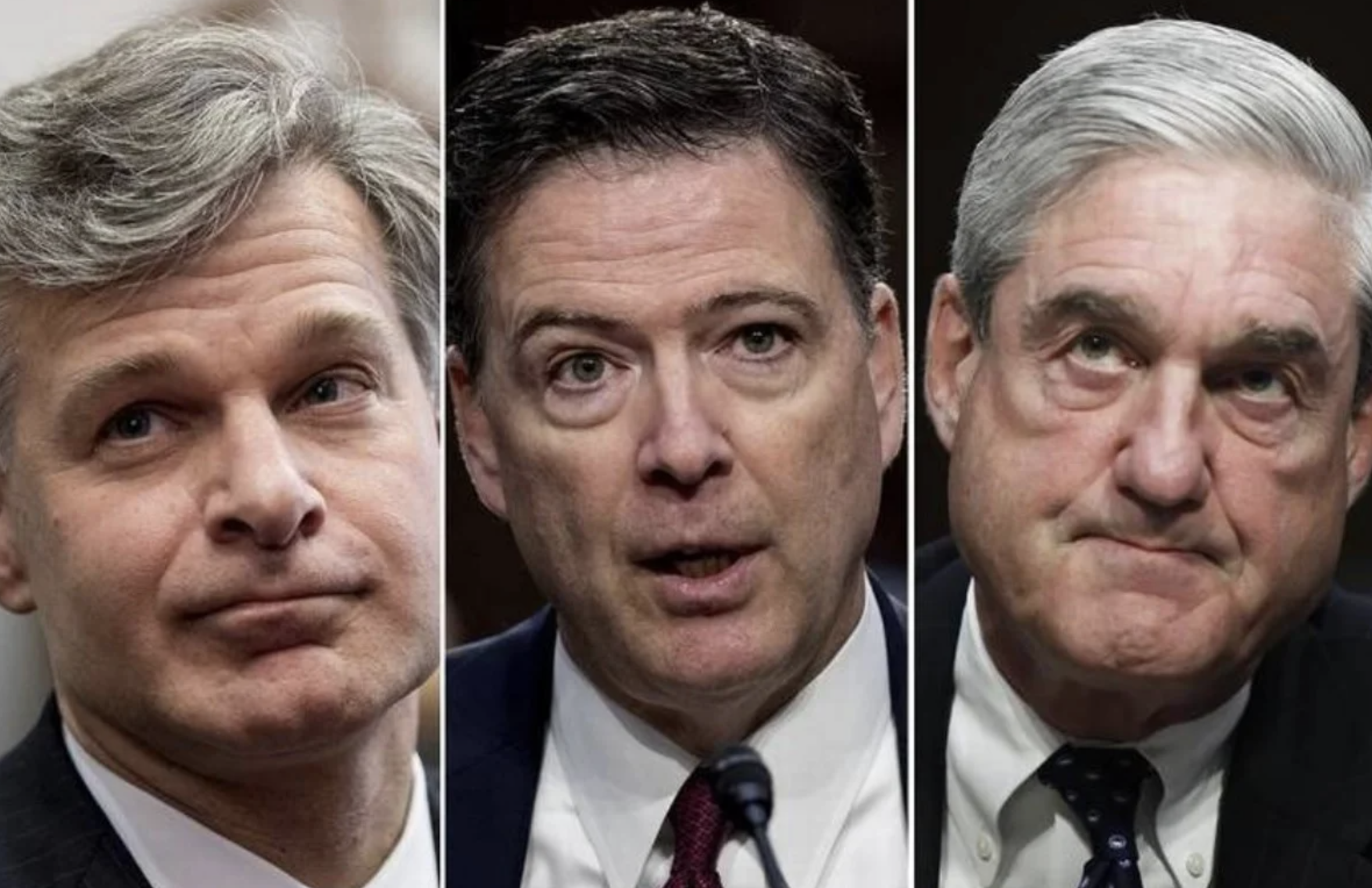 The FBI has become a corrupt organization in a corrupt Justice Department.  It’s now more being led by criminals than going after criminals.  A recent report confirms this.

In a recent report by far-left Newsweek the publication shared some very unsettling news.  The FBI has increased the number of investigations of Trump supporters over the past two years.

According to internal FBI numbers obtained by Newsweek, “Racially or Ethnically Motivated Violent Extremism” was considered the prime threat (and dominated investigations) before January 6. Since then, anti-government, “anti-authority” and civil unrest cases have taken over as the number one threat, making up almost 90 percent of all investigations.

“A hate crime is targeted violence motivated by the offender’s bias against a person’s actual or perceived characteristics,” said an FBI report issued in October, “while a DT [domestic terrorism] incident involves acts dangerous to human life that are in violation of criminal laws and in furtherance of a social or political goal.” As the number of cases involving politics has expanded, the FBI has doubled the number of agents working on the subject.

“It’s not because the FBI is partisan, but more because society … and Washington remains obsessed with January 6 and Donald Trump” says the senior government official. “It doesn’t matter whether the activity is left or right, anti-Biden or anti-Trump,” the official says. “That’s the pool of suspected terrorists. In other words, the focus now is political terrorism.”

Of 2,700 open cases, where an individual or group of individuals has been designated domestic terrorists by the FBI, almost a third relate to the 2021 riot at the U.S. Capitol or subsequent political activity connected to it.

The FBI’s targeting of Trump supporters is no surprise.  This past week we learned that the FBI flew a team of agents to the West Coast weekly to discuss targeting conservatives on social media with the leaders of Big Tech leading up to and after the 2020 Election.

We also learned, this week alone that the FBI began covertly surveilling Rudi Giuliani one month after he took over as President Trump’s lawyer.  But the FBI says it’s not targeting President Trump or conservatives.

In 2020, billions of dollars in damages, more than 20 cops were dead, and hundreds of police officers were injured by Black Lives Matter rioters, but the FBI sat back and let that go.

The FBI was at the center of the Mueller exam with James Comey’s friend and co-conspirator Robert Mueller working to find a crime against President Trump based on a lie created by Hillary Clinton.  The FBI knew it was a lie and yet they spent three years and millions of dollars on the attempted coup of the Trump White House.  (Take a look in the books at what the penalties for sedition and attempting to illegally remove a duly elected President from office are.)

When President Trump took with him copies of documents to Mar-a-Lago that many believe show the crimes committed by the corrupt FBI related to the Russia collusion nightmare, the FBI illegally raided the President’s home and took the items with them while planting material onsite to make their raid look legitimate.

After doing nothing after the 2020 Election to look into election crimes, the FBI was involved in the Jan 6 protests where a riot was instigated at the Capitol.  At least 8 FBI confidential human sources were at the Capitol related to the Oath Keepers alone.  We have no idea of how many FBI-related individuals in total were at the Capitol that day leading riots.