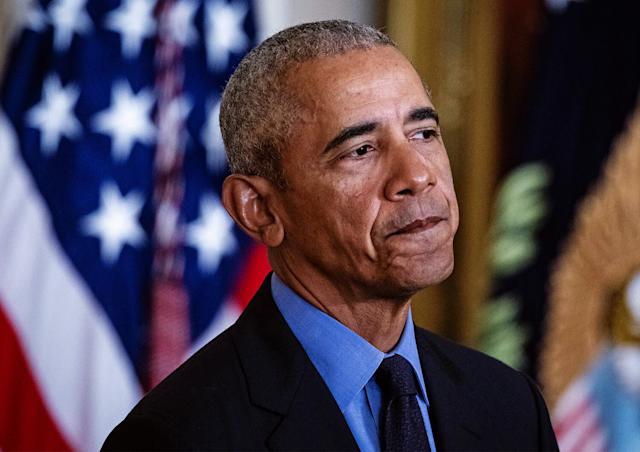 Former President Barack Obama raised eyebrows on Wednesday for attempting to link this week’s mass shooting in Uvalde, Texas, to the anniversary of George Floyd’s murder. Nineteen children and two teachers of Robb Elementary School were murdered by an 18-year-old gunman, who was killed during a gunfire exchange with authorities. Tuesday’s tragedy is now among the worst mass shootings in U.S. history. The bloodshed in Uvalde occurred one day prior to the two-year mark of the death of George Floyd, which sparked civil unrest across the country in 2020 after viral footage showed Minneapolis Police officer Derek Chauvin kneeling on him as he repeatedly claimed he couldn’t breathe until he died.

Obama commemorated Floyd’s passing while tying it to the current national mourning of the children killed in Uvalde.

“As we grieve the children of Uvalde today, we should take time to recognize that two years have passed since the murder of George Floyd under the knee of a police officer,” Obama wrote Wednesday. “His killing stays with us all to this day, especially those who loved him.”

“In the aftermath of his murder, a new generation of activists rose up to channel their anguish into organized action, launching a movement to raise awareness of systemic racism and the need for criminal justice and police reform,” the former president continued before plugging an initiative for his foundation.

Critics railed against Obama for suggesting a comparison between Tuesday’s massacre and the police brutality Floyd faced.

“Not a single grieving parent today gives a rip about what happened to Floyd or anyone right now,” Redstate editor Kira Davis reacted. “For crying out loud. This is not the time to be advertising for your favorite activist group. How utterly vile.”