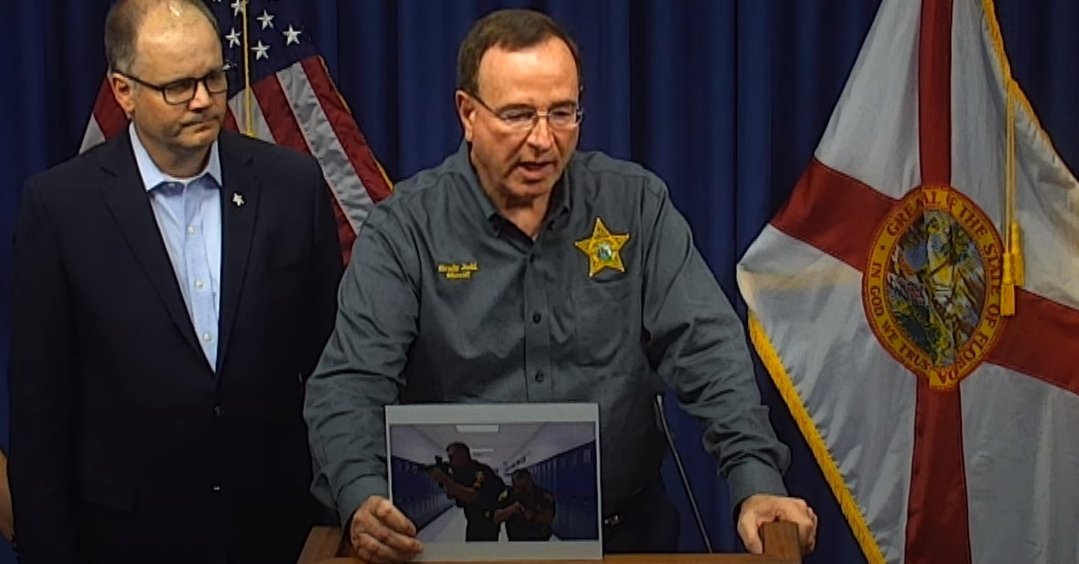 A Florida Sheriff sent a clear message to his community and the nation Saturday when he arrested a 10-year-old boy and declared, “now is not the time to act like a little delinquent.”

As questions surround the decision-making of authorities on the scene at Robb Elementary School in Uvalde, Texas where 19 children and two teachers were massacred Tuesday, trust in law enforcement has been shaken for some. With parents on edge and maintaining safety paramount, Lee County Sheriff Carmine Marceno demonstrated threats can no longer be considered idle.

Saturday, it was reported to the Lee County Sheriff’s Office (LCSO) that a fifth-grade student at Patriot Elementary School in Cape Coral, FL had allegedly sent a threatening text message that he intended to conduct a mass shooting at the school.

The school was conducting their promotion ceremony for their fifth graders on that same day and had made a point of honoring the victims of the tragedy in Texas. When the LCSO learned of the alleged threat, the information was conveyed to their Youth Services Criminal Investigations Division who saw fit to bring the youth in for questioning by a detective. An arrest was made and he was charged for his written threat.

Marceno said in a statement, “This student’s behavior is sickening, especially after the recent tragedy in Uvalde, Texas. Making sure our children are safe is paramount. We will have law and order in our schools! My team didn’t hesitate one second…NOT ONE SECOND, to investigate this threat.”

“Right now is not the time to act like a little delinquent,” he explained. “It’s not funny. This child made a fake threat, and now he’s experiencing real consequences.”

Since the tragedy in Texas, Marceno has emphasized the role of the Sheriff’s Office in protecting the community and he has reiterated in several videos, “You don’t get to shoot our children. You bring deadly force in this country, we are going to kill you.”

“Present deadly physical force in one of our schools,” Marceno said, “we’re not waiting one second. We are going to kill you, cause you can’t kill evil enough.”

Cape Coral, Fla. isn’t the only place taking extra precautions. According to Newsweek, Suffolk County police arrested a 16-year-old from Bellport High School in Long Island, N.Y. when he posted threats against his school on his Instagram account.

“We take these threats seriously and will devote our resources to ensuring the safety of our children,” District Attorney Raymond Tierney told the media after the boy’s home had been searched and an interview was conducted deeming him to not be a genuine threat.

An 18-year-old in Lutz, Fla. was also investigated when he posted photos of himself holding what turned out to be airsoft guns with the caption, “Hey Siri, directions to the nearest school.” Hillsborough County Sheriff Chad Chronister said, “This type of threat is unacceptable. This man intentionally instilled fear into our community as a sick joke, but be warned, this is no laughing matter.”

“We will do everything within our power to apprehend, and pursue charges on those who make school-based threats. Protecting students is our greatest priority. We take school threats very seriously, if you see something suspicious, please contact us immediately,” Chronister went on. This 18-year-old was charged with a “written or electronic threat to conduct a mass shooting or act of terrorism.”