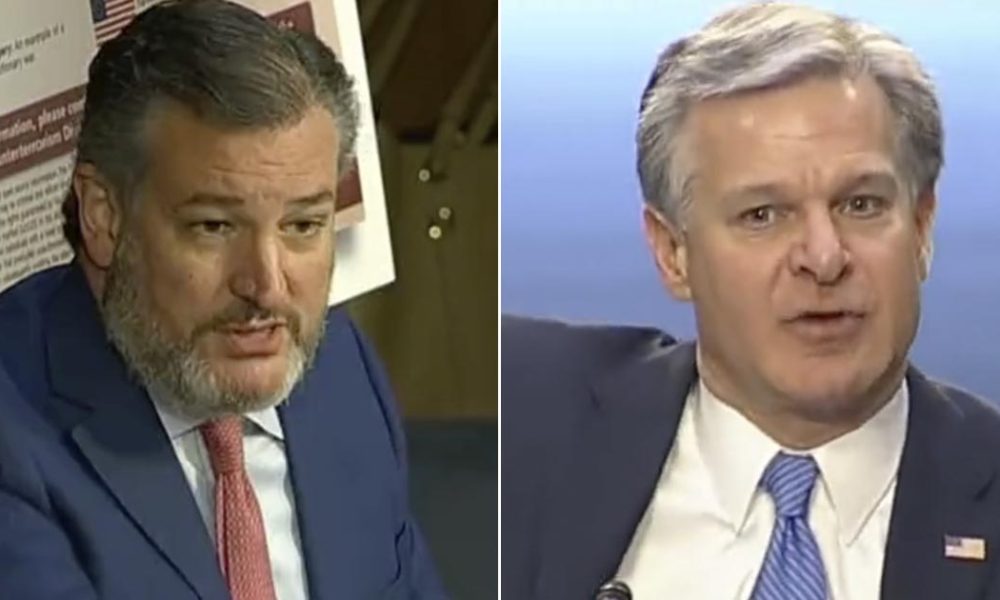 FBI Director Christopher Wray admitted Thursday the FBI agent in-charge of the Washington, D.C., field office is the same agent who was in charge of the Detroit field office when the FBI allegedly uncovered a plot to kidnap Michigan Gov. Gretchen Whitmer (D).

During a Senate Judiciary Committee hearing, Sen. Ted Cruz (R-Texas) pressed Wray over whether the same FBI agent who was in charge during the Whitmer incident is now in charge of the Jan. 6 investigations.

The alleged plot by far-right militia members to kidnap Whitmer has tarnished the FBI because many of the defendants essentially accuse the FBI of entrapment. To date, none of the defendants in the case have been convicted of any crime. Some have been acquitted at trial, while others are awaiting a new trial after a mistrial.

“The special agent in charge of that case has now been sent to D.C. to the Washington, D.C., office and now leads the investigation regarding January 6. Is that correct? Cruz asked.

“The name of the individual is Steven D’Antuono. He was run out of the FBI Detroit field office,” Cruz added.

After back-and-forth about another matter — regarding a lead FBI agent involved in the Whitmer investigation who was fired last year after he allegedly assaulted his wife — Wray answered Cruz’s question.

“So the guy in charge got promoted and is now in charge of the January 6 investigation?” Cruz followed up.

“That is astonishing,” Cruz shot back.

Did You Know the Supreme Court Will Finally Hear a Case This Fall on Election Law — Something They Punted on Back in December 2020? — Stewart Rhodes and Jonathon Moseley Weigh In (AUDIO)