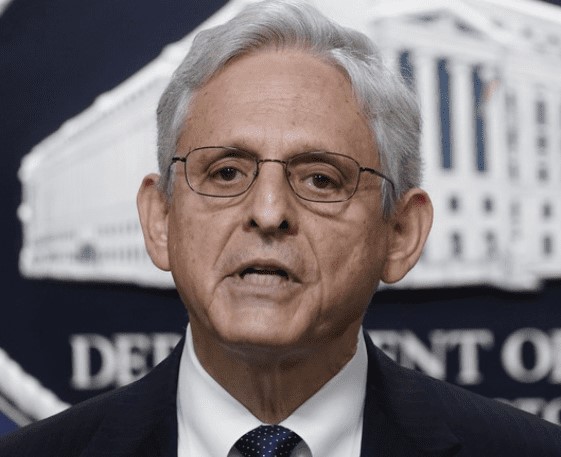 We’ve been seeing a lot of FBI folks coming forward to blow the whistle on the politicization of the bureau, including accusations that they’ve been biased in shutting down lines of investigation against Hunter Biden and biased in opening them up regarding President Donald Trump. We saw that one person accused of bias by the whistleblowers has now been shown the door — Timothy Thibault, who was allegedly involved at different points both in investigations against Trump and Hunter Biden.

But it sounds like the whistleblowers might be making the Biden Administration nervous with what they’re revealing.

According to Mike Davis, former Chief Counsel for Nominations to Senate Judiciary Chairman Chuck Grassley, founder and president of the Article III Project, and a former Gorsuch law clerk, Attorney General Merrick Garland is telling DOJ employees — which would include the FBI — not to talk to Congress.

“Attorney Garland Merrick Garland just sent out a message to everyone at the Justice Department, ordering no one may contact Congress,” Davis said. “(My source: Congress.) Why didn’t he order a similar gag on the inappropriate and illegal Justice Department leaks to the media? Coverup.”

Garland tries to cover himself in the letter, saying that this won’t stop the ability of whistleblowers to talk. But let’s be real, when you see this letter coming now, telling people not to talk to Congress, you know what’s being said here, whether they try to put a nice fig leaf on it to cover or not. Why would this be letter going out now? The people talking to Congress are the FBI whistleblowers. You can dress it up nicely but it still comes across like an effort at a cover-up and intimidating to people who might want to come forward. I’m just going to guess it’s not going to go over well with Sen. Chuck Grassley (R-IA) who has been pursuing a lot of these questions.

Davis makes the great point that if Garland is suddenly concerned about people breaking regulations of some kind, where is the effort from Garland to stop all the leaking like a sieve that the FBI has been doing to the media to help craft the narrative regarding their raid on President Donald Trump?

While Garland fought unsealing the affidavit for the Trump raid warrant, saying that was important to preserve the integrity of the investigation, we saw his people leaking all kinds of nonsense. For example, there was a leak about nuclear information in the documents, and the claim that Garland hadn’t been involved in the warrant. Garland made it clear he had been involved and so far no there’s been no evidence in the warrant or affidavit that supports the nuclear claim. But leaking the nuclear stuff made Trump bad. The failure of Garland to call out that leaking to the media, while trying to inhibit talking to Congress, makes the contrast stand out all the more.

Garland is digging himself a hole with this letter and he’s going to have to answer up to Congress over this.

Biden Tells a Mountain of Horrible Lies About Jan. 6 and Republicans in PA