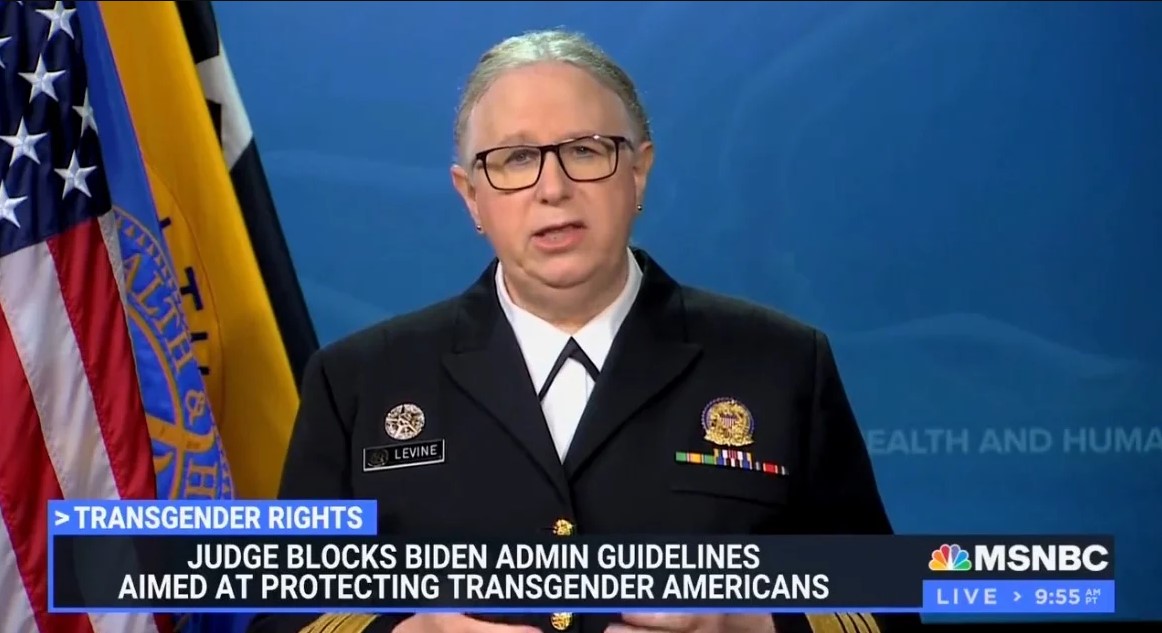 They’re after our children.

Dr. Levine, a biological male who claims to be a woman, is the transgender face of the Biden Regime’s push for surgical and chemical castration of children.

This man is evil and dangerous.

A Trump-appointed judge in Tennessee temporarily blocked Biden’s woke LGBTQ policy on Friday, including transgender workers and students to use gender-appropriate bathrooms, and participate in sports teams, Reuters reported.

Dr. Levine was one of the health care leaders who delivered remarks on climate change on Monday.

“The federal government is full speed ahead to confront the climate change emergency. At the Department of Health and Human Services, we are focused on its catastrophic and chronic threats to health,” Levine said.

“We really want to base our treatment and to affirm and to support and empower these youth, not to limit their participation in activities and sports and even limit their ability to get gender affirmation treatment in their state,” Dr. Levine said after a judge blocked Biden’s woke LGBTQ policy.