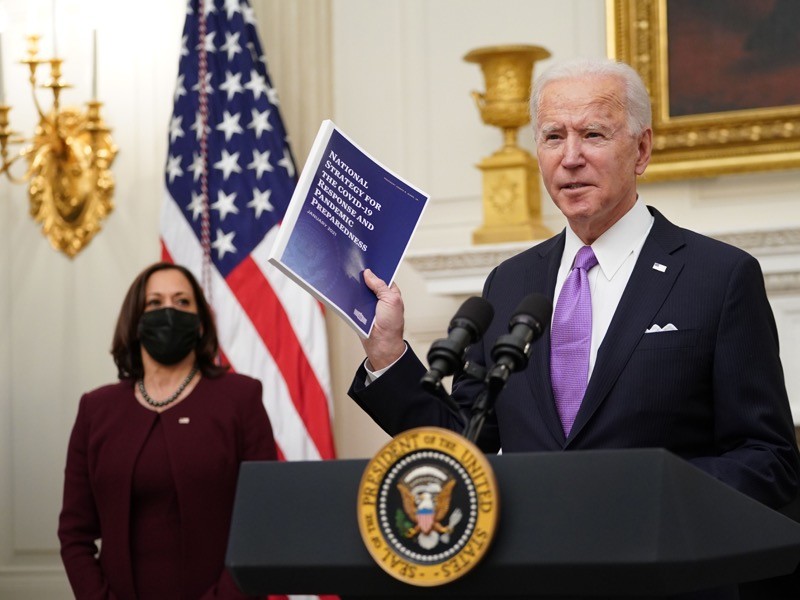 In a shocking but unsurprising statement, Sen. Mike Braun, R-Ind., sounded the alarm on Tuesday, saying that only about 10 percent of the $2 trillion in taxpayer dollars earmarked for COVID-19 relief directly addressed pandemic issues.

Noting that most Americans would be alarmed if they knew how funds were spent, Braun said:

“Our office dug into it and found a lot of it interesting that much of it is just coming to the surface. … There is so much money sloshing around in that $2 trillion bill, only 10 percent of it went to COVID,” according to Fox News.

Braun added: “We’re going to see more and more of this over time. It’s part of the inflation bomb.”

Highlighting a few of the suspect expenditures, Braun noted that about $15 million in COVID-19 recovery funds were spent on “anti-racism” initiatives.

The Institute of Museum and Library Services (IMLS), a federal government agency, spent $15.2 million in American Rescue Plan funds — allocating those funds to “institutions across 49 states, the District of Columbia, and Puerto Rico to support the role of museums and libraries in recovering from the coronavirus pandemic.”

According to The Epoch Times, Criticalrace.org, a website dedicated to exposing critical race theory in schools, noted that IMLS grants were also extended to institutions to promote “equity, diversity, and inclusion-focused STEM (science, technology, engineering, and math) programs for pre-K through 12th-grade students in the greater Harrisburg area.”

Braun noted that gathering data on this issue has been difficult and that Americans would be “shocked” to learn how taxpayer dollars were used and how much is still unspent.

Pointing to mismanagement and the poor safeguards concerning the distribution of funds, Braun said:

“Now we’re seeing how it’s blowing up around the country with stuff like this. It’s no good. We’ve asked [the federal government] to tell us what is left unspent.”

Braun added: “We’re going to see it little by little, because they know if they did it all at once, it would shock everybody big time. They’re not going to pull it off.”

Biden lashes out at reporter asking about Democrats opposed to him running again: ‘Read the polls, Jack!’