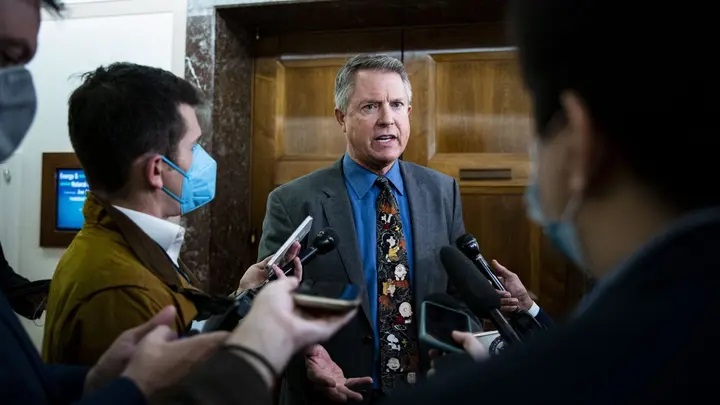 EXCLUSIVE: New legislation being introduced in Congress would green light the use of untouched COVID-19 relief funds allocated to schools to go toward “hardening” premises with physical security measures, as the nation grapples with several mass shooting incidents in recent weeks.

The new bill comes after a gunman killed 19 children and two adults in an Uvalde, Texas, elementary school two weeks ago and a shooter killed 10 people in a Buffalo, New York, supermarket in an apparently racially-motivated attack.

“While we made some progress in previous legislation to make our schools stronger, harder, and safer, certainly there is more that can and must be done immediately to protect kids,” Marshall told Fox News Digital.

“What happened in Uvalde was a horrific tragedy. While many have been quick to play politics, one thing we can all agree on is that Congress must act to harden schools. For these reasons, I am introducing this legislation that allows the abundance of unused COVID relief dollars to be diverted to secure schools in Kansas and throughout the nation,” Marshall continued.

The new legislation would remove the requirement within ESSER that expenses must be COVID-19 related.

In addition, the proposed bill would clear the way for schools to enact “school safety measures” including installing metal detectors “and other deterrent measures and emergency notification” in addition to response technologies. Trainings to prevent student violence, better equip law enforcement and school administrators are included as fundable programs under the bill.

Additional acceptable security measures include an “anonymous reporting system for threats of school violence, including a mobile telephone application, hotline, or internet website.”

Democratic lawmakers held an emergency meeting last week to mark up the “Protecting Our Kids Act,” a package of eight bills aimed at suppressing gun ownership and implementing new firearm laws for Americans. The bills contain proposals to raise the minimum age for purchasing a semi-automatic weapon from 18 to 21, ban “high capacity magazines,” establish a registry for bump stocks and more.

In addition, a bipartisan group of senators is working on coming together on a gun safety package.