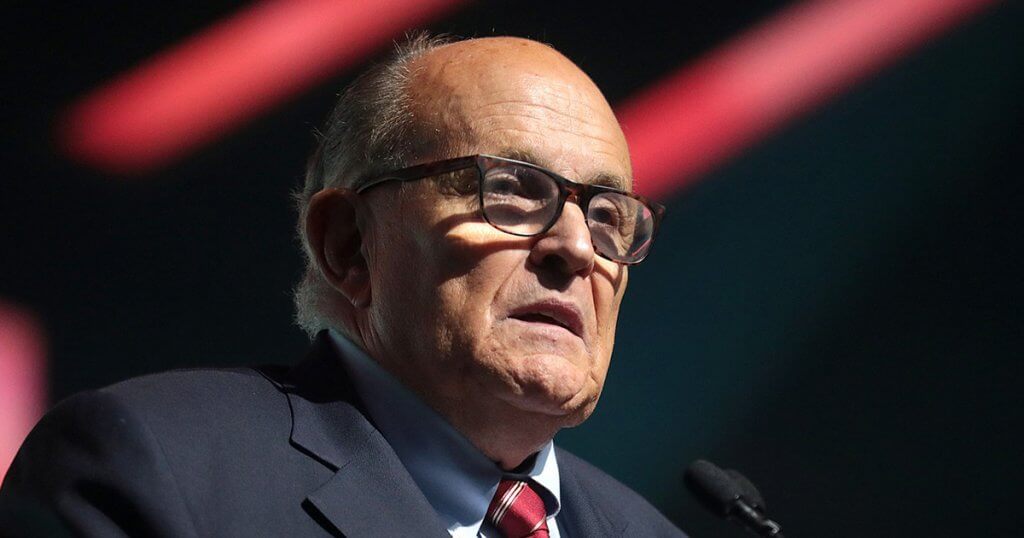 Amid rising concerns that the Democrat Party has weaponized the Justice Department—unfairly targeting conservatives in general and allies of former President Donald Trump in particular, The Daily Wire reports that Rudy Giuliani is now under “criminal investigation in Georgia for matters related to the 2020 presidential election.”

The news comes as The Daily Caller reports that Senator Lindsey Graham is being compelled to testify before a Grand Jury regarding the GOP questions about the 2020 election.

Trump has decried Democrat strong-arm tactics, calling them a “Witch hunt” and warning in an interview with Fox News Digital that if unjust practices continue, “terrible things are about to happen.”

Giuliani, the notable former New York City mayor who served as former President Donald Trump’s personal attorney during his impeachment trials has been notified that he is a “target” in Fulton County District Attorney Fani T. Willis’ investigation into efforts to overturn the election results.

Giuliani maintains there are reasons to question the integrity and results of the 2020 election. The work of the True, The Vote organization appears to lend credence to GOP concerns.

The New York Times reported that prosecutors questioned witnesses before a special grand jury about remarks Giuliani reportedly made in December 2020 and January 2021.

The Daily Caller reports that Giuliani attempted to delay testifying before the grand jury by saying that a recent medical procedure would prevent him from being able to travel.

owever, Judge Willis’ office obtained records showing that Giuliani had “purchased multiple airline tickets with cash, including tickets to Rome, Italy, and Zurich, Switzerland” for dates that “were after” his “medical procedure.”

Giuliani is now scheduled to testify this Wednesday at a courthouse in Atlanta, Georgia.

Giuliani’s attorney, Robert Costello, concurs with Trump that the Democrats are coordinating a smear campaign against those allied with the former President.

Angry that his client has been subpoenaed, Costello said: “If these people think he’s going to talk about conversations between him and President Trump, they’re delusional,” Costello reportedly said.

The New York Times notes that incredibly, the Justice Department proceeded with the raid on Trump’s Mar-a-Largo home despite one of the former President’s lawyers showing that the documents in question were declassified before Trump left office.

MUST SEE VIDEO: Election Hack Identified that Can Instantaneously Swap Votes on a Ballot Before It Is Even Stored