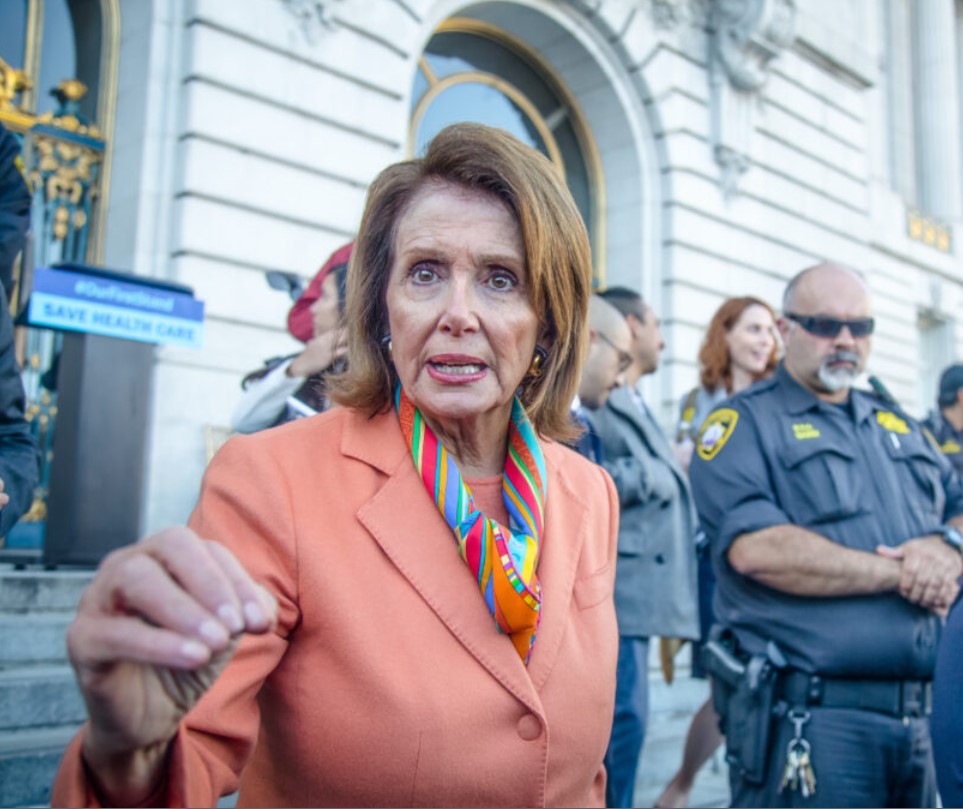 Appearing for a speech in Phoenix, Arizona on Sunday, Florida Governor Ron DeSantis gave an epic speech that boosted his fellow Republicans and included a promise that should have sent chills through Nasty Nancy’s booze-soaked body, pledging that current trends mean she’ll soon be retiring.

In a speech marked by DeSantis’ normal, frank but not overly charismatic mode of speaking (much calmer than Trump, which some like and some don’t), DeSantis explained why he thinks the GOP will manage to retake the House in November and explaining that, if that happens, it will mean Nasty Nancy is out of her job as Speaker of the House.

Speaking on that, DeSantis said:

But that wasn’t all. In addition to hammering Nasty Nancy Pelosi and exposing why she soon might find herself being given a pink slip by the American people, DeSantis also thrashed the FBI for its raid on Trump’s Mar-a-Lago residence, saying:

“These agencies have now been weaponized to be used against people that the government doesn’t like. And you look at the raid and Mar-a-Lago, and I’m trying to remember, maybe someone here can remind me about when they did a search warrant at Hillary’s house in Chappaqua when she had a rogue server and she was laundering classified information.”

Driving that point home, he went on to expose how it makes the US seem far more like some tin pot dictatorship or banana republic and the Glorious Republic it was in the days of our ancestors, saying:

“They’re enforcing the law based on who they like and who they don’t like. That is not a republic, maybe it’s a banana republic when that happens.”

He then called for the GOP, if it retakes power, to actually do something about that rogue, woke agency and all the others, saying “What I hope we see if Republicans take majorities is use the power that you have under the Constitution to bring accountability to a bureaucracy that’s totally off the rails.”

That seems unlikely, as few Republicans have any real fighting spirit, but it’s nice to imagine them actually taking a torch to the rotten bureaucracy that has sucked America dry for so long and demolish the whole corrupt, rotting structure.

Still that wasn’t all. DeSantis also pledged to aid Kari Lake in stopping the flow of illegals and offered up Florida as a model for successful governance, as Florida Politics reported, saying:

“If you’re willing to put people at the border,” DeSantis said he told Lake, “I’m willing to send National Guard to help.”

From there, the Governor played the post-pandemic rhetorical greatest hits, from Faucian dystopia to the Free State of Florida and “the woke mind virus.”

The material rocked the crowd in Arizona as DeSantis extolled “the need for strong Governors.”

“What we did in Florida was we really led the nation,” DeSantis said, saying “international media” and “establishment Republicans” chided him for moves like opening beaches during the COVID-19 wave of summer 2020.

All in all, an epic speech from DeSantis, one that blasted the FBI, boosted GOP candidates, and gave some bad news to Nasty Nancy.