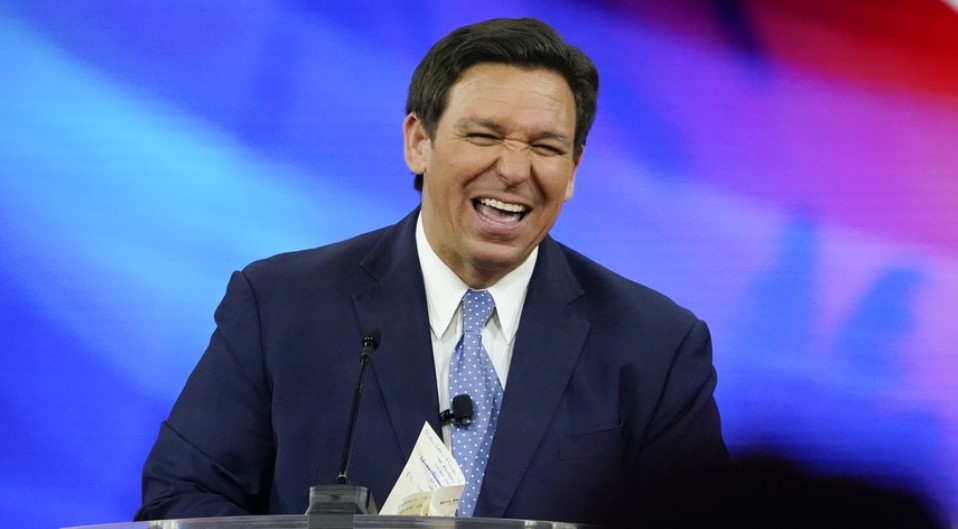 Florida Governor Ron DeSantis is the most popular state leader in the United States without question, and the reaction he got at Turning Point USA’s 2022 Student Action Summit on Friday in Tampa, Florida, proves it.

The anticipation in the room was palpable before he even started speaking. The already packed room of over 5,000 began filling with people who were more than happy to stand in the walkways. TPUSA President Charlie Kirk gave him a short introduction, followed by a short video montage that only increased the hype more.

And then the screen filled with his name and image. Fireworks and smoke shot out of the stage, and a heavy base filled the room. It was like watching a WWE wrestler’s introduction, and his greeting from the crowd was just as loud as a packed arena.

No one sat while DeSantis walked up to the stage. It was all screaming, cheering, clapping, and even some jumping. The Governor of Florida commanded a presence in that room that few politicians get to experience, even at the height of their popularity.

It’s well deserved, to be sure. DeSantis has made himself both the hope of Americans looking for an escape from the authoritarianism of the left and, as a result, made himself public enemy number one to the Democrats. Naturally, this only increased his popularity with the right even more.

His speech only gave them more reason to love him.

In the 30-plus minutes that DeSantis was on stage, he talked about quite a few things. He spoke on the importance of protecting children from woke ideology, and his vow that woke corporations like Disney will never govern Florida so long as he’s around.

Between the brainwashing of children and the border that sees thousands of illegals pouring across it, you’d figure that Democrats would, at some point, realize that they’re the bad guys, but as DeSantis pointed out, woke ideology (something he dubbed the “mind virus”) is the central driving force behind it all and it has to be opposed at every turn.

He noted that it’s highly likely that the majority of Americans reject it, but that it’s embraced by so many of our elite institutions including the military.

Moreover, he refuses to bow down to the whims of people like Dr. Anthony Fauci. He noted how his defiance of the left during the COVID-19 pandemic (and even his defiance of certain establishment Republicans) actually enriched his state rather than bringing it crashing down as many blue states did with their unnecessary lockdowns.

The speech is worth watching in full, but while you do, take special note of the energy DeSantis commands.

Despite the hope of many, DeSantis didn’t directly hint at any runs for President in 2024, but I’m not entirely sure that mattered. The hint was the theme of the speech. It was a speech that showed that he clearly has the answers to fix this nation, especially after a disastrous Biden presidency.

While time will tell whether or not America’s favorite governor takes a run at the White House, SAS2022 made it pretty clear that DeSantis’s iron has never been hotter and the time to begin forging his Presidential run is soon. He’s made it clear on several occasions that right now, the focus is on the upcoming midterms.