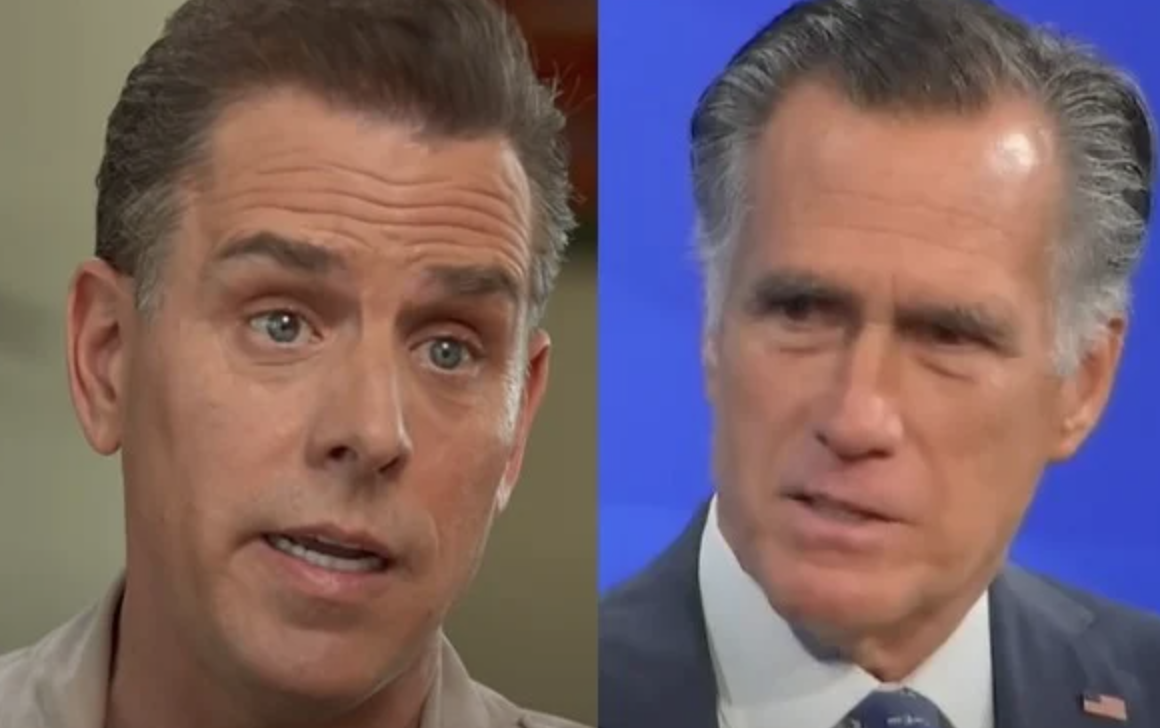 Sen. Mitt Romney has once again cozied up to Democrats by recently condemning his Republican colleagues who are launching investigations into Hunter Biden.

Romney told The Bulwark, he believes investigations by the now Republican-controlled House are a waste of time and resources.

Romney would go on to say  “I think the American people want us to tackle some of the big challenges we have—immigration, inflation, and so forth—and the other things that divert from those priorities I think are a waste of time.”

The Gateway Pundit previously revealed Romney’s top advisor Joseph Cofer Black was on the the board of Burisma Holdings while Hunter Biden was also sitting on the board.

This connection alone makes sense why Romney would be against any investigation into Hunter Biden.

It’s extremely hypocritical for Romney to claim investigating Hunter Biden is a waste of time and resources.

Back in May of 2021, Romney was one of six Republican Senators to vote in favor of the bill that created the January 6 Committee.

Romney’s comments come after Republican members of the Oversight and Reform Committee vowed to launch an investigation into Hunter Biden’s business dealings that involved his father Joe Biden.

The Gateway Pundit reported in response to the upcoming House investigations, Hunter Biden is planning to go on the offensive and is preparing to sue Fox News, Eric Trump and Rudy Giuliani for defamation.

It’s hard to believe Rep. Mitt Romney was once the face of the Republican party back in 2012.

Since Romney’s horrific presidential run in 2012, the Republican party has been totally transformed by President Trump for the better.

The World Health Organization, Johns Hopkins, and Bill Gates Just Conducted Another Pandemic Simulation — This Time The Virus Is Deadlier And Targets Children