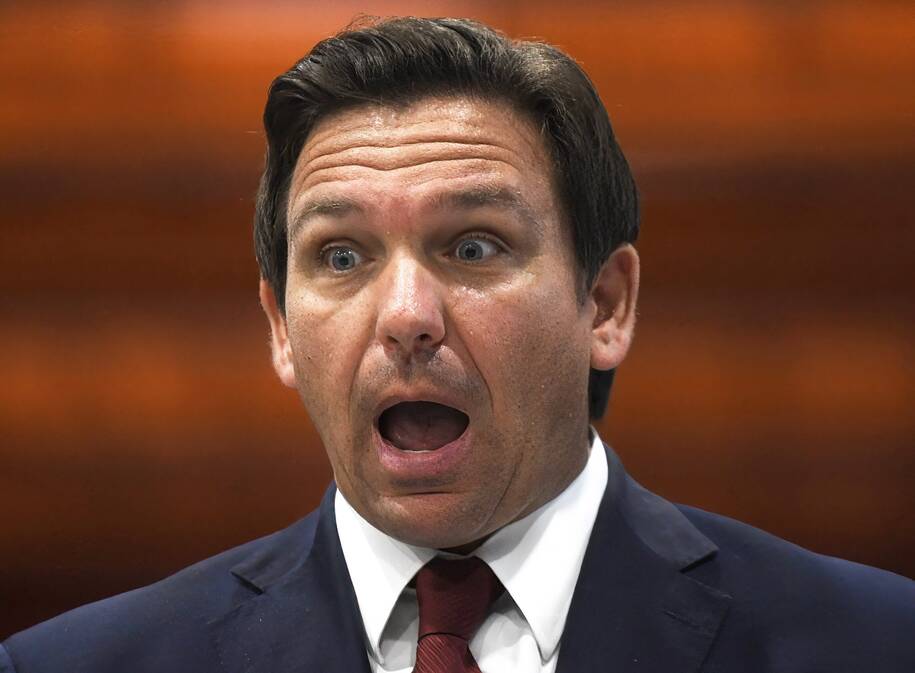 The Republican Party has been dominating the state of Florida, led by GOP Gov. Ron DeSantis, and that trend has continued.

Republicans have defeated Democrats two years in a row in voter registration, this time by 175,911 more registered voters in total, according to the Florida Division of Elections, The Daily Caller reported.

There are 5,135,749 registered Republicans compared to 4,959,838 registered Democrats in the Sunshine State as of May 31, according to official data from the Florida Division of Elections. The Florida Republican Party has added 82,900 more voters to its ranks since the last major U.S. election cycle in 2020.

The registration numbers reflect Florida’s gradual shift toward becoming a solidly red state. After the 2022 election, it’s likely Florida may no longer be a swing state, Politico reported.

Hispanic voters have steadily been shifting toward the Republican Party, as demonstrated by the recent victory of Texas Republican Rep. Mayra Flores and former President Trump’s support among members of the Hispanic community. In April, polling showed that only a quarter of Hispanics approved of Biden, with many citing the poor economy as reasoning for their disapproval of him and the Democratic Party, The Daily Caller News Foundation reported.

It is not often that Democrats surrender on anything, but it has gotten so tough for them in the state of Florida that they appear to be done even trying.

The state of Gov. Ron DeSantis has Democrats “stumped” as Democrats admits they are getting their “butts kicked” in the Sunshine State, Politico reported.

“If you were to ask me, does Florida give you as good a return on investment as other places? Clearly right now it does not,” Democratic National Committee Finance Director Chris Korge said. “We got our butts kicked in Florida recently. Our butts kicked.”

He said that his job is to build an infrastructure in the state and national groups would not be wise to not attempt to find some type of inroads.

“I think the White House absolutely thinks we need to be engaged there now rather than waiting until 2024 when it becomes more expensive to stop [DeSantis],”he said to Politico. “We are going to be engaged in the midterm and, you can quote me on this, the DNC is absolutely not giving up on Florida.”

The White House appears to have a strategy of attacking the governor himself and not his platform.

But Biden in recent weeks has taken a more confrontational approach with DeSantis. Biden and his administration recently hammered the governor for making his state the only one in the country to not pre-order pediatric Covid-19 vaccines. White House Covid response coordinator Ashish Jha even held a briefing with Florida reporters, where he called DeSantis’ move “unconscionable.”

Still Gov. DeSantis has stood strong in his convictions, including not recommending vaccines for young children.

“They [the establishment media] came out with an article saying the state of Florida has not ordered, its Department of Health has not ordered mRNA jabs for the babies. Yes, we recommend against it. We are not going to have any programs where we’re trying to jab six-month-old babies with mRNA. That’s just the reality,” the governor said.

The White house maintains that it has not given up on Florida, but it looks like the idea is to continue to attack Gov. DeSantis directly.

“The administration has been very, very present in the state,” Building Back Together, a Biden-affiliated group, chief strategy officer Mayra Macias, said. “Be it the first lady in Palm Beach or Cabinet secretaries in other places, so I don’t think it’s a fair assessment to say the administration has written off Florida. You are seeing visibility at the highest levels.”

John Morgan, an Orlando attorney and major Democratic donor, said in a text message that there is one simple reason the White House will continue to focus on Florida: “More electoral votes,” he said. “It’s not off the radar.”

TRUMP DROPS A MASSIVE HINT AT A COMEBACK THIS FALL