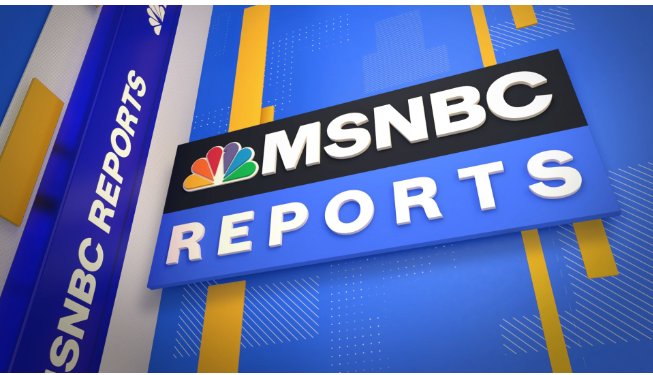 debate on how fascist Republicans are occurred during the latest episode of MSNBC’s “The Cross Connection” on Saturday.

Guest political analyst Fernand Amandi claimed that fascists have “disguised” themselves as Republicans in the current political environment, while fellow panelist and former Joe Walsh presidential campaign advisor Lucy Caldwell disagreed, insisting that Republicans and fascists are one and the same.

The segment began with host Tiffany Cross asking Amandi if “democracy can survive” with so many Trump-backed candidates winning their primaries. “I wonder can democracy survive folks like that when the insurrectionists have pretty much infiltrated the system?,” she asked.

“Tiffany, it’s a very big problem and a dangerous game,” Amandi acknowledged. The guest claimed that these new candidates are worse than previous generations of GOP candidates.

Providing evidence for the claim with his own experience, he stated, “You know, one of the reasons that even as a Democrat who worked on Barack Obama’s campaigns in 2008, and 2012, I was extraordinarily happy that the Republicans nominated John McCain in ’08 and Mitt Romney in 2012 because I knew, that God forbid Obama lose either one of those elections, democracy would survive.”

However, he argued that now fascists “disguised” as Republicans have infiltrated the party. “And in this case, the dangerous game that is being played is having these extreme, unhinged fascists – because that’s what they are. They’re not Republicans, they’re fascists disguised as Republicans being on the Republican ballot,” he asserted.

Amandi further claimed, “And the prospects of them potentially winning in a 50/50 choice there at the end of the November ballot, that is not only dangerous for democracy, it’s an open and existential threat.”

Later in the discussion, after Caldwell discussed Republicans’ anti-abortion policies, she addressed Amandi and told him his depiction of fascists disguised as members of the GOP wasn’t quite strong enough.

“And Armand, I love you,” Caldwell began, getting the strategist’s name wrong, “but when you say these are not Republicans, these are fascists, no they’re both, actually.”

She continued, “Today’s Republicans are fascists, and it is not just on issues like our democracy and the election being stolen, it is on issues like a woman’s right to medical care.”

Cross provided Amandi an opportunity to respond. The analyst agreed with Caldwell, claiming that once January 6 Committee members Rep. Liz Cheney, R-Wyo., and Rep. Adam Kinzinger, R-Ill., “are fully gone” from the party, “we could absolutely call all of them fascists.”

He added, “But I think this is the battle for the soul of what’s left of the Trump Republican Party.”

Trump vs DeSantis: Who Won Round One in the CPAC Straw Poll?

VIDEO: Pride Event in PA Featured a Stripper Pole Where They Taught Kids How to Pole Dance