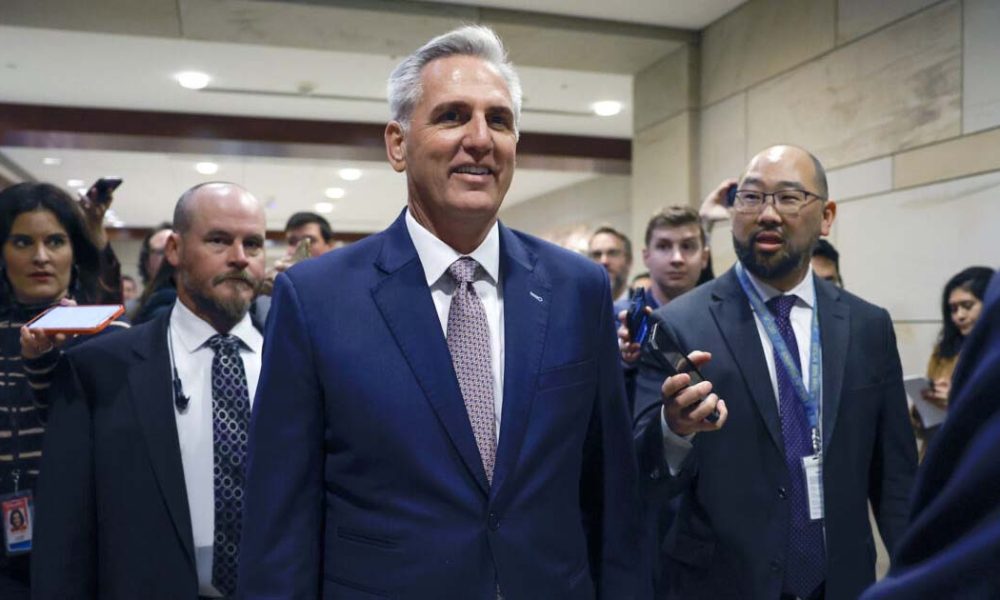 Republicans are one seat shy of flipping the U.S. House of Representatives, according to projections late Nov. 14, with 13 uncalled races left.

Republicans gained five seats on Monday, according to the projections.

The calls came after the candidates expanded leads following new reporting from one or more counties, and puts the GOP on the precipice of flipping the Democrat-held House.

Republicans have now secured 217 House seats in the next Congress; Democrats have secured 205. To secure a majority, 218 or more are needed. Thirteen races have not been called.

“I am humbled to continue to fight for this community in Congress. Thank you to the voters of CA45 for putting your trust in me. Let’s get to work,” Steel said in a statement.

“In the best country in the world where anything is possible, I am now honored to represent my hometown in the U.S. Congress. I am ready to serve, find solutions for our district’s challenges, & be a strong independent voice for our community,” Ciscomani, who will succeed retiring will succeed Rep. Ann Kirkpatrick (D-Ariz.), said in a statement.

Newly reported results showed Salinas’s lead expanded by nearly 3,000 votes, and she’s now ahead with about 6,300 votes with 93 percent of precincts reporting.

The district is newly created due to the apportionment after the 2020 U.S. Census.

Even before the latest calls, some analysts were predicting a Republican flip of the House, barring a “miracle.” Democrats currently enjoy majorities in both the House and the Senate and have retained control of the upper chamber.

Watch: Testimony Gets Tense After Wray Refuses Question on FBI, January 6: ‘It Should Be a No!’