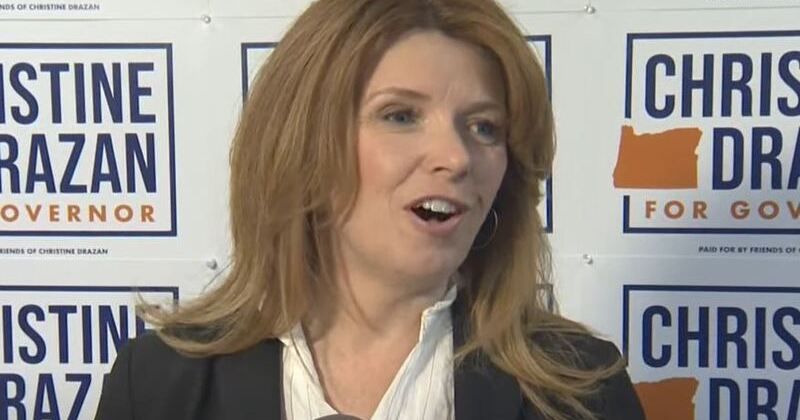 A new poll shows that the Republican candidate for governor in the traditionally deep-blue state of Oregon holds a slight lead in the upcoming election.

The poll of 516 likely voters, conducted between May 25-27 by Oregon-based polling firm Nelson Research, found that former Oregon House Minority Leader Christine Drazan, the Republican nominee in the governor’s race, holds a 2-point advantage, 29.5%-27.5%, over Democratic nominee and former Speaker of the Oregon House of Representatives Tina Kotek. Independent candidate Betsy Johnson, a former Democratic State Senator running as a non-party affiliated candidate, came in third with 19.4% of the vote. The remaining 23.6% of voters were undecided.

Drazan’s lead is currently within the poll’s 4-point margin of error, but the poll’s crosstabs show that Drazan has several factors working in her favor. Drazan garners more support from her own party than Kotek does: 68.2% of Republicans supported Drazan, while 57% of Democrats supported Kotek. Drazan garnered more support from Independents as well: 19.1% of independents backed Drazan, while 14.7% backed Kotek. Johnson siphoned off a significant chunk of voters from both parties, but took more votes away from Kotek than Drazan: 18.4% of Democrats backed Johnson, compared to just 13.9% of Republicans.

The poll also presented some findings that may spell trouble for Democrats in other races in the state in 2022. A plurality of the voters surveyed, 40.1%, identified as Democrats, while 33.5% identified as Republicans, and 26.4% identified as Independents or non-affiliated voters. Despite those margins, Drazan maintains the edge, and Republicans also hold a 1-point advantage in the generic ballot, 40.0%-39.0%.

Tucker Carlson: Democrats ‘know they rule illegitimately,’ seek to disarm Americans before ‘they rise up’