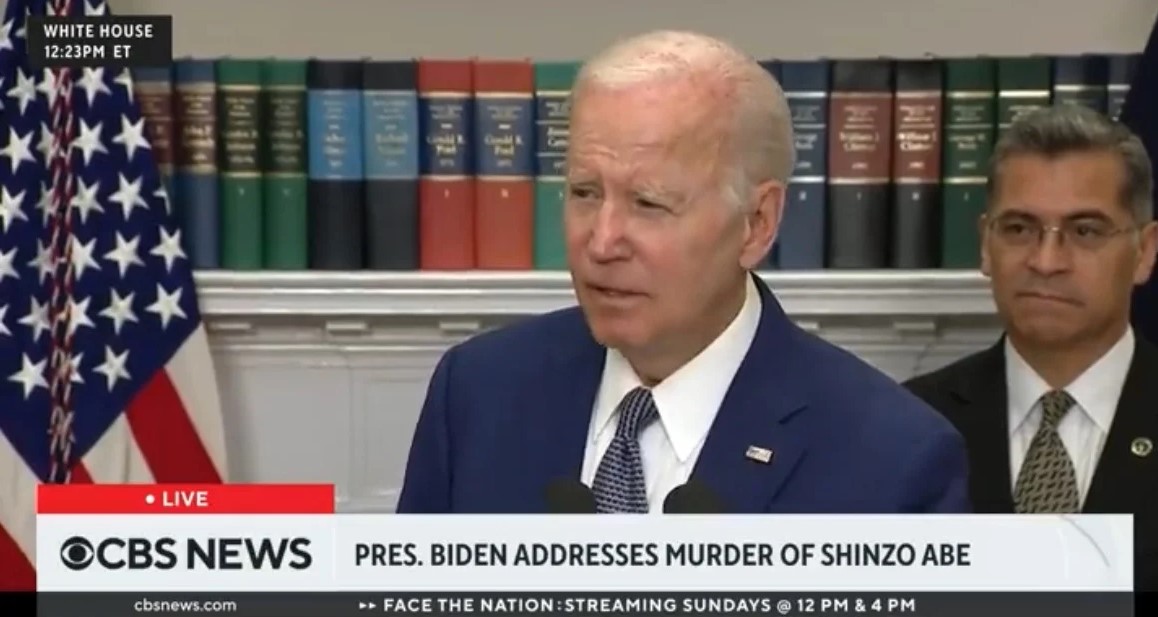 “We cannot allow an out-of-control Supreme Court, working in conjunction with extremist elements of the Republican Party, to take away freedoms and our personal autonomy. The choice we face as a nation is between the mainstream and the extreme,” he added.

At one point Dementia Joe read a line from the teleprompter instructions out loud.

“Repeat the line,” Biden said after saying “end of quote.”

“President Biden has made clear that the only way to secure a woman’s right to choose is for Congress to restore the protections of Roe as federal law. Until then, he has committed to doing everything in his power to defend reproductive rights and protect access to safe and legal abortion,” the White House said in a statement on Friday.

Here’s what’s in the executive order via CNN: