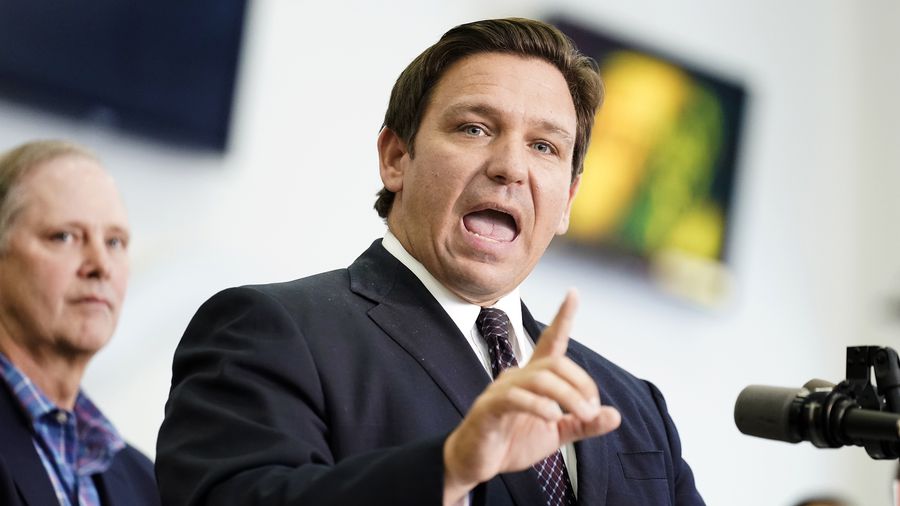 A group of far-left progressives has launched a legal challenge against four school districts in Florida for their adherence to the Parental Rights in Education legislation recently signed into law by Governor Ron Desantis.

This seems like a completely normal idea to the majority of the general public. Naturally, the far-left progressives who control the Democrat party believe that the right of public school educators and employees to sexualize their children behind their back is perfectly fine.

Now, a woman is leading the charge against the removal of filthy pornographic novels in Florida schools. Her name is Jen Cousins, who before castigating public officials for removing tomes that include abhorrent text and graphic pictorial representations of sometimes pedophiliac sex acts, she was a leader of the Mask Up OCPS group in Orange County, Florida that demanded students and employees of said schools remain in a permanent state of mask-wearing and forced vaccination of public employees.

According to the lawsuit, which is being handled by the SPLC and the Lambda Legal Center, the Parental Rights in Education law, which Democrats have deemed the “Don’t Say Gay”, was enacted to shame and silence LGBT students and families. Lambda Legal infamously published a book in the 90’s titled “Little Black Book,” which included tips and tricks for LGBT youth and men on how to safely engage in anonymous sex in public parks or places, training them on how to subvert undercover law enforcement trying to shut down these dangerous encounters, which can involve unprotected sex between adults and even interactions between minors and adults.

“High-traffic websites that specialize in cruising for sex including Badpuppy, Cruising For Sex and Kinky Personals will link to the Little Black Book by placing banner advertisements on their homepages. Yahoo Groups that will post a link to the Little Black Book on their homepages include Best Gay Sex Spots, Best Gay Sex Places, New York City PozQueers and Mano a Mano.”

Below is an excerpt from the lawsuit against the four school boards in Florida, cited by Florida Politics.

“HB 1557 shames and stigmatizes these students and families, invites school officials, teachers, and classmates to view them as inferior, harms their long-term health and well-being, and denies them equal educational opportunities on the basis of their sex, sexual orientation, gender identity, and transgender status,” the suit declares, among several charges.

However, the intent of the bill has been quite clear from the start. It serves to stop woke progressive educators from manipulating young children to participate in the consumption of pornographic and pedophiliac text, along with adopting the far-left political stances of the very people tasked with educating them about reading, writing, and arithmetic.

This journalist was removed from an Orange County Public Schools meeting for simply reading passages from Gender Queer, a filthy pornographic novel that was available to students without parental permission, while Ms. Cousins cheered on with her fellow leftists about this journalist being ejected.