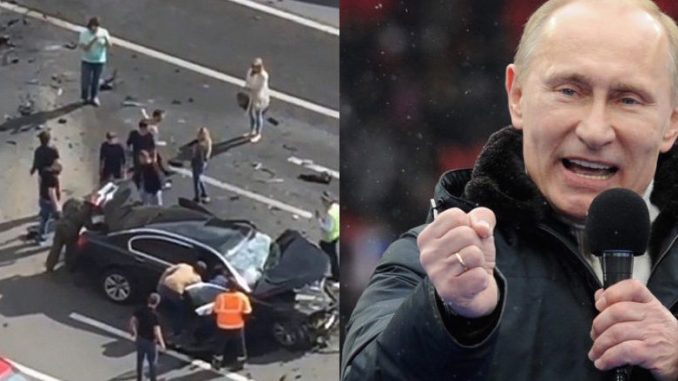 Russian President Vladimir Putin survived a recent assassination bid that was hushed up by the Kremlin, the Ukrainian intelligence chief said in a bombshell interview.

Kyrylo Budanov, head of Ukraine’s Defense Ministry’s Main Intelligence Directorate, made the claim in an interview with Ukraine Pravda. While he offered few details, the alleged assassination bid would have come about one month into Russia’s invasion of Ukraine.

“He was even attacked in the line of, as they say, representatives of the Caucasus not so long ago,” Budanov said. “This is non-public information. Absolutely unsuccessful attempt, but it really took place… It was about two months ago.

“Once again, he was unsuccessful,” he added. “There is no publicity about this event, but it took place.”

The assassination attempt could not be verified, but there is strong evidence the invasion of Ukraine is unpopular in Russia. Protests broke out in major cities in March, and although demonstrators were arrested, opposition has become more stealthy since then. Graffiti, sabotage of the railways of both Russia and Belarus and the firebombing of recruitment centers have occurred, according to Fox News. One shadowy group called “Stop the Wagons” posted on social media a map of railway targets for blocking military supplies bound Ukraine.

According to the UK news outlet The Sun, Putin now has a team of people to taste his food and has also replaced his entire personal staff of 1,000 people.

The alleged attempt would have occurred shortly after Sen. Lindsey Graham, (R-SC) called for someone to kill the Russian leader.

“Is there a Brutus in Russia? Is there a more successful Colonel Stauffenberg in the Russian military?” Graham tweeted on March 3.

“The only way this ends is for somebody in Russia to take this guy out. You would be doing your country – and the world – a great service,” Graham added.

The White House at the time quickly disavowed Graham’s call and said its goal in Russia was not regime change.

“That is not the position of the United States government and certainly not a statement you’d hear come from the mouth of anybody working in this administration,” then-White House spokeswoman Jen Psaki said during a press briefing.

When questioned again about Graham’s words, Psaki added, “No, we are not advocating for killing the leader of a foreign country or a regime change. That is not the policy of the United States.”

ISIS Plotted to Kill George W. Bush in Dallas by Smuggling Team of Assassins in Through the Southern Border