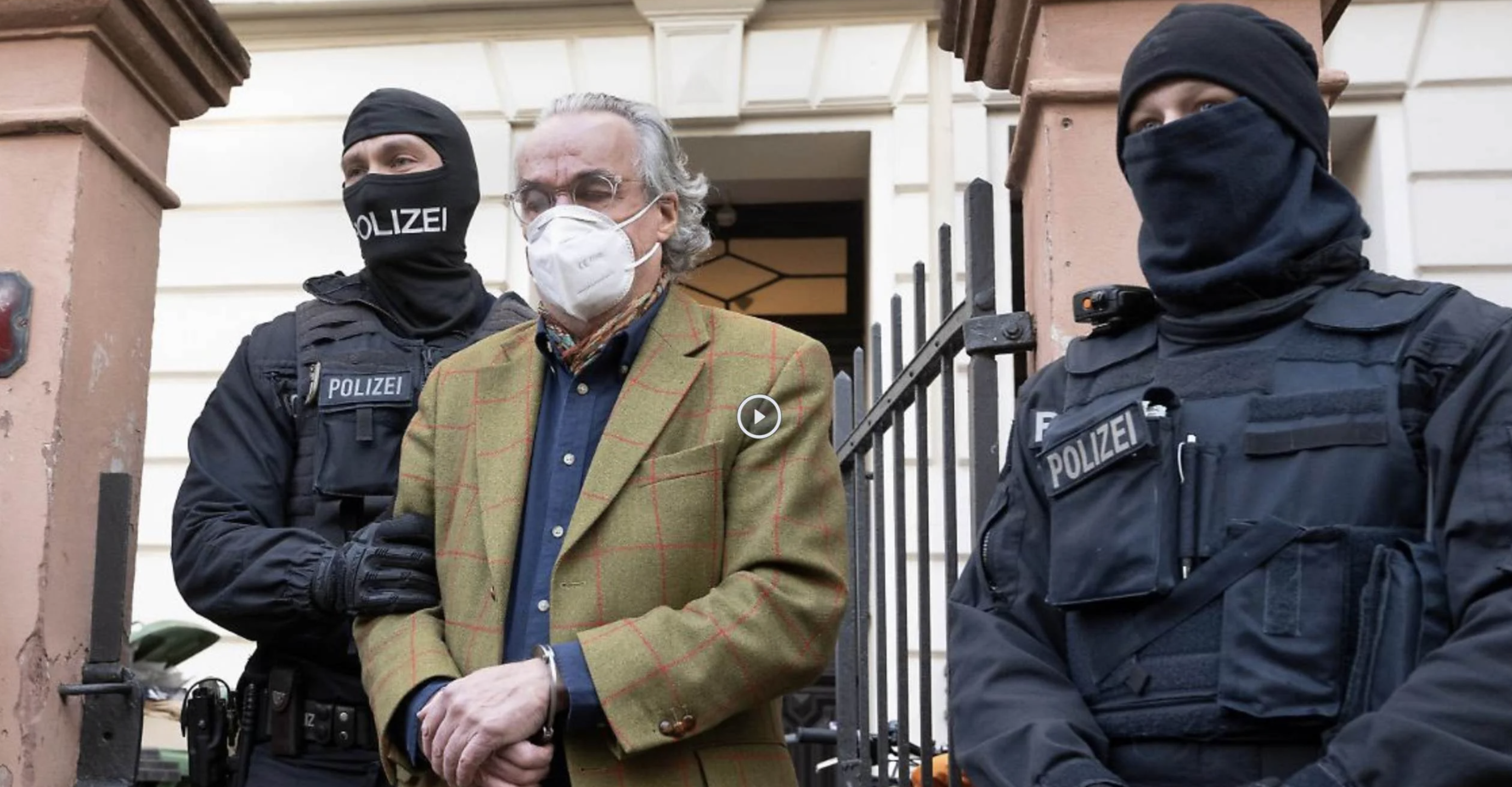 German police conducted the largest raid since the Third Reich yesterday, raiding 137 properties belonging to 52 people with 3000 cops nationwide. 25 suspects were arrested on charges of forming a terrorist organization, including 71-year-old Prince Henry XIII. of Reuss. Press and half-a-dozen TV crews were informed and on scene, leading a left-wing MP to call the whole thing “a show”.

It was reminiscent of recent US raids on conservatives in America.

In a laundry list of evidence sure to amuse most MAGA patriots, police found one (1) firearm, as well as blank guns, prepper supplies and large amounts of cash. The conspirators are said to belong to the so-called “Reichsbürger” scene, many of them royalists who believe Germany is occupied by the Allies and has no peace treaty post-WWII. Reichsbürger often sympathize with QAnon.

The domestic security spokeswoman of the Leftist party in the Bundestag, Martina Renner, criticzed the raid, calling it a “show” and revealing that journalists had been informed up to two weeks ahead of time, even of the names of suspects, their addresses and the time of the raid. “Info about the raid was so widely available it seemed more like a publicity stunt”, she told n-tv. “The risk this caused the operation and the officers involved was completly out of proportion”, she said. Renner herself had known about the largest police raid since the Third Reich since last week, even though it was allegedly classified as “top secret” by the Attorney General.

The raid “may just be a way for the security apparatus to show they are doing something”, said the left-wing, pro-Antifa delegate. “A way of showing they are not just making plans to combat right-wing terror, but are actually doing something about it.”

Former MP of the “Alternative for Germany” party Birgit Malsack-Winkelmann, a member of the AfD party court, was also arrested in the raid on unknown charges. Many observers now expect the left-wing government to use the bogus raid as a pretext to ban the AfD.

Users on Twitter widely mocked the bogus raid, asking how many BB guns were confiscated and whether the elderly conspirators were armed with walking canes.

According to statistics from the German Attorney General’s office, of 226 investigations opened in the first half of 2022, 131 involved radical Islamists, 68 involved foreign extremists and only 9 far-right extremists. Interior Minister Nancy Faeser, herself an Antifa sympathizer , abolished the government panel on Islamism while concentrating on “far-right terror”.