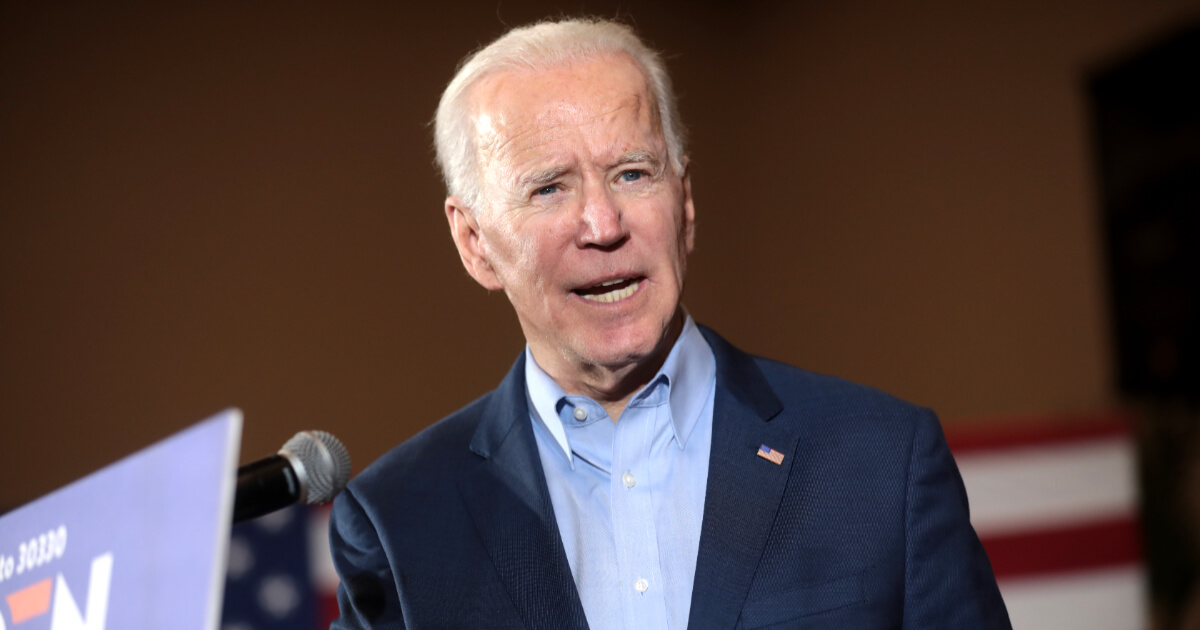 A group that supported presidential campaigns of Bernie Sanders is urging President Joe Biden to not run for reelection.

“It’s clear that Joe Biden should not be the party’s presidential nominee in 2024,” a campaign press release said Wednesday.

The Don’t Run Joe campaign is using digital ads with messages that include, “We cannot risk losing in 2024. We shouldn’t gamble on Joe Biden’s low approval rating,” “Now is not the time for weak measures! We need solid leadership to keep Republicans out of the White House in 2024,” and “We need strong leadership to defeat Republicans in 2024. #DontRunJoe. Give Democrats a fighting chance,” to organize resistance to another Biden presidential run.

RootsAction calls the campaign a “nationwide organizing drive” that will first focus on Democrats in the Granite State, home of the first presidential primaries, before a wider rollout.

Record-breaking levels of inflation have crushed Biden’s popularity during his second year in office.  A Reuters-Ipsos poll released on Monday found Biden’s approval rating at 39%.

Despite a better-than-expected performance by Democrats on Election Day on Tuesday, exit polls showed that most voters were not enthusiastic about a second Biden term.

Two-thirds of voters in an NBC News exit poll said they do not want to see Biden on the ballot in 2024.

The president, however, noted during a press conference on Wednesday that he is likely to make an announcement on a 2024 reelection run early next year.

“Bold and inspiring leadership from the Oval Office will be essential,” the Don’t Run Joe website says on its homepage about the importance of 2024.

“Unfortunately, President Biden has been neither bold nor inspiring. And his prospects for winning re-election appear to be bleak. With so much at stake, making him the Democratic Party’s standard-bearer in 2024 would be a tragic mistake,” the campaign adds.

RootsAction says it is seeking a 2024 Democratic Party nominee who will champion a “truly progressive agenda.”