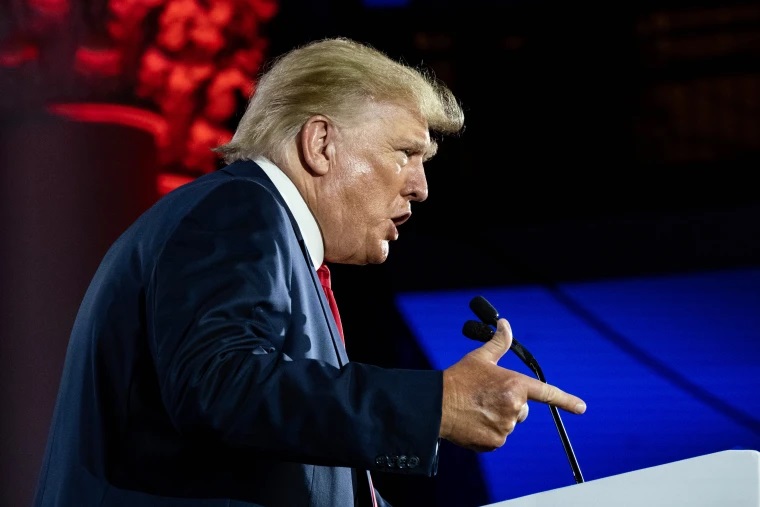 President Trump released a statement exposing Arizona House Speaker Rusty Bowers for covering up the massive 2020 election fraud before he testified as a witness for the January 6th Unselect Committee on Tuesday.

“Arizona Speaker of the House Rusty Bowers is the latest RINO to play along with the Unselect Committee,” said President Trump. Trump continued, recalling a November phone call where Bowers admitted that “the election was rigged and that I [Trump] won Arizona.”

The Gateway Pundit reported back in December 2020 that Rusty Bowers pushed back against his Republican colleagues calling for decertification, saying that the Legislature cannot overturn the fraudulent election.

Since then, he has worked to stonewall the audit investigation and block key election legislation, including Trump-Endorsed Candidate for Secretary of State Mark Finchem’s resolution to decertify Arizona’s 2020 Presidential Election.

Since the real Insurrection on November 3rd, 2020, Rusty Bowers has sided with Democrats on covering up the stolen election despite massive findings of law violations and illegally counted ballots discovered by the Maricopa County audit, True the Vote’s “2000 Mules” documentary, and other investigations.

Today, he testified under oath in front of the January 6th Unselect Committee, where he was asked about the phone call, and he denied previously saying the election was stolen.

Rep.Adam Schiff (D-Calif.), a member of the Jan. 6 panel who took a leading role in Tuesday’s hearing, began Bowers’s in-person testimony by asking the Arizona official about a phone call that took place between Bowers and Trump after the 2020 presidential election.

Pressed on if he told Trump that the election was rigged and that the former president actually won the race, Bowers testified that has never made such a statement.

President Trump released a statement on Tuesday morning hinting that there may be a recording of the phone conversation — This could prove that Rusty Bowers LIED under oath.

Statement by Donald J. Trump, 45th President of the United States of America

Arizona Speaker of the House Rusty Bowers is the latest RINO to play along with the Unselect Committee. In November 2020, Bowers thanked me for getting him elected. He said he would have lost, and in fact expected to lose, if I hadn’t come along. During the conversation, he told me that the election was rigged and that I won Arizona. He said he got more votes than I did which could never have happened. In fact, he said without me, he would have been out of office, and he expected to be prior to my coming along, and big Arizona rallies. The night before the election he walked outside with his wife and saw the tremendous Trump enthusiasm and told her, “You know what? Maybe I will win after all”—and he did. Bowers should hope there’s not a tape of the conversation.

The Gateway Pundit previously reported that career politician RINO Rusty Bowers is running for Arizona State Senate in 2022 because he is term-limited out of the Arizona House.

Trump-Endorsed Arizona Gubernatorial Candidate Kari Lake called on Arizona to vote for David Farnsworth, who is running against Rusty Bowers in the August 2nd Primary Election.

Bowers belongs in prison for covering up the sham 2020 Presidential Election.