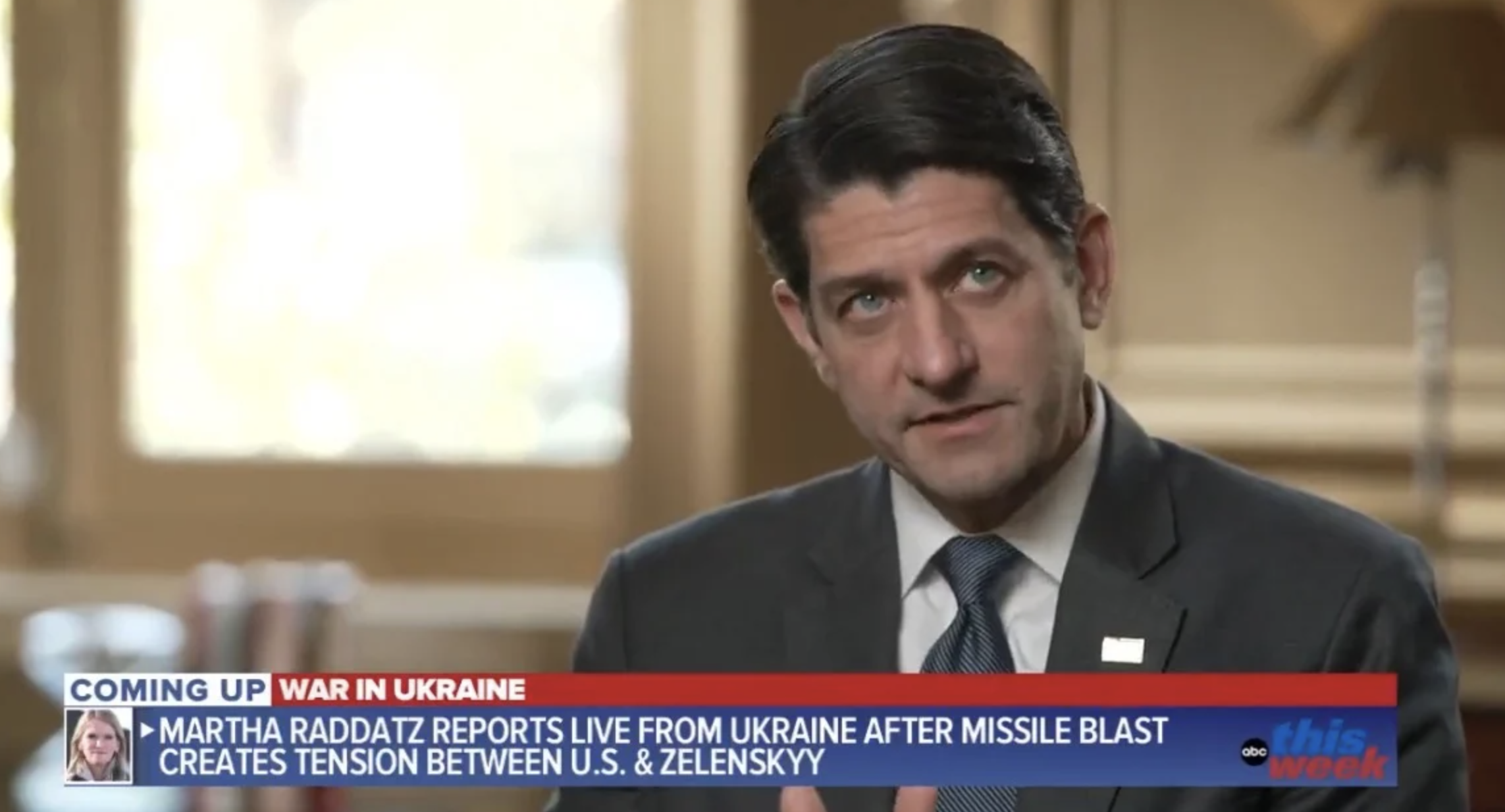 Paul Ryan fiercely worked to sabotage Trump’s agenda while he was House Speaker from 2017-2019.

2016 audio of Paul Ryan speaking on a conference call to House Republicans saying he would never defend Trump emerged in early 2017.

In the October 2016 conference call, Paul Ryan told his fellow members of the U.S. House of Representatives that he was abandoning then-GOP presidential nominee, Donald Trump forever.

“I am not going to defend Donald Trump—not now, not in the future,” Ryan said in the audio, obtained by Breitbart News.

Paul Ryan has been trashing Trump ever since.

This time he ran to ABC’s Jon Karl where he proudly called himself a “Never-Again-Trumper.”

“I’m proud of the accomplishments [during the Trump administration] — of the tax reform, the deregulation and criminal justice reform — I’m really excited about the judges we got on the bench, not just the Supreme Court, but throughout the judiciary,” Paul Ryan told Jonathan Karl in an exclusive interview that aired Sunday. “But I am a Never-Again-Trumper. Why? Because I want to win, and we lose with Trump. It was really clear to us in ’18, in ’20 and now in 2022.”

“I personally think the evidence is really clear. The biggest factor was the Trump factor … I think we would have won places like Arizona, places like Pennsylvania, New Hampshire had we had a typical, traditional conservative Republican, not a Trump Republican,” Paul Ryan said ignoring the brazen Democrat fraud in Arizona.