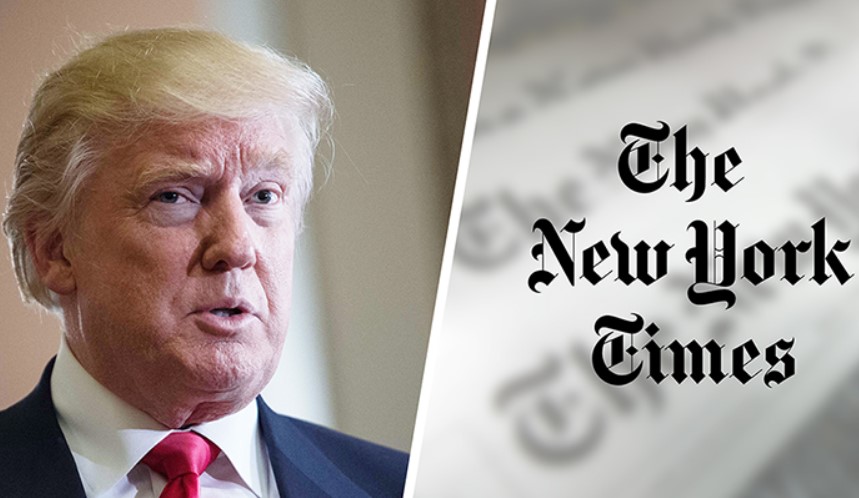 The far-left knuckleheads on the New York Times Editorial Board believe they should administer law in the United State.  They claim President Trump should be arrested based on made-up charges.

The idiots at the New York Times, the Deep State’s one-stop shop for dropping garbage on the Democrat Party’s political enemies, have decided that they are the purveyors of justice in the US.

These corrupt actors pushed Russia collusion garbage for years and they believe they can lecture us on what is truth and what is a lie.  This is the definition of insanity.

The New York Times editorial board called on Attorney General Merrick Garland to seek an indictment of former President Trump if “sufficient evidence” exists to establish his guilt “on a serious charge.”

The board argued in a piece published Friday that, “Mr. Trump’s unprecedented assault on the integrity of American democracy requires a criminal investigation” following the Jan. 6 select committee hearings and news of the Justice Department’s search of Trump’s Palm Beach, Fla., home for classified documents.

“This board is aware that in deciding how Mr. Trump should be held accountable under the law it is necessary to consider not just whether criminal prosecution would be warranted but whether it would be wise.”

The far-left and corrupted board claims President Trump should be arrested for crimes they can’t explain:

The board argued that despite the risks of violence that could stem from the criminal indictment of Trump, it is warranted and wise, because Trump has “brought shame” to America and “destabilized its future” with his alleged crimes.

The editorial, titled, “Donald Trump Is Not Above the Law,” began with the clear declaration: “Mr. Trump’s unprecedented assault on the integrity of American democracy requires a criminal investigation.”

The editorial board agreed that, “The disturbing details of his postelection misfeasance, meticulously assembled by the Jan. 6 committee, leaves little doubt that Mr. Trump sought to subvert the Constitution and overturn the will of the American people.”

It’s as if crooked cop Peter Strzok and serial liar Adam Schiff joined hands with other corrupt actors to try to destroy President Trump and his movement.

The US Constitution be damned, the Deep State can do whatever it wants.  They can steal elections, perform coups, kill Trump supporters protesting a stolen election, indict people on false charges and hold them in jail for years with no court dates.  These Trump supporters then face trials in front of DC and New York kangaroo courts.  All the while they label good Americans what the Deep State actually is – fascist.

Americans are tired of the corrupt actors in the government and the media against innocent Americans.