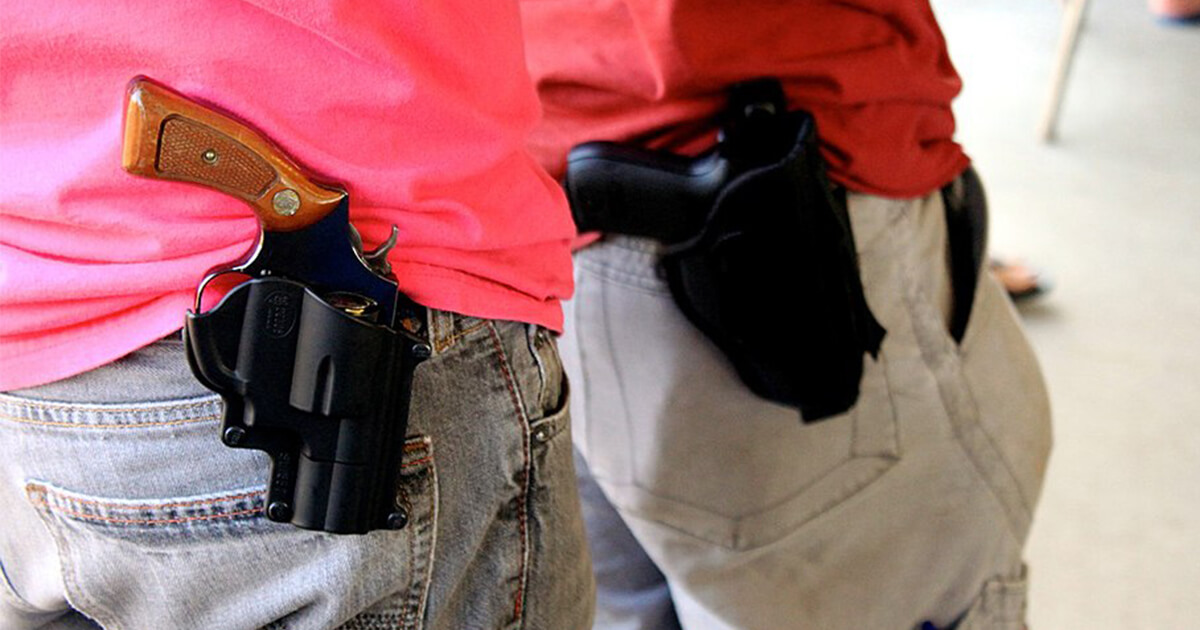 U.S. District Judge John Sinatra’s preliminary injunction applies to the portion of New York’s law that made it a felony to carry a gun on private property unless the property owner posted “clear and conspicuous signage” allowing guns on their property.

Gun law history demonstrates N.Y.’s private property provisioning “violates the right of individuals to keep and bear arms for self-defense outside of their homes,” Sinatra opined in his 27-page order.

The new gun law faced an earlier constitutional challenge that earned an injunction based on a different provision of the law, but it was repealed by an appellate level court.

Among the new law signed by Hochul is a private property restriction and a ban on carrying guns at locations deemed “sensitive.”

So many areas were designated “sensitive” by state officials that most of New York City is off-limits under the new gun law. Gun possession was also banned in the “sensitive” six-million acres of designated wilderness known as the Adirondack Park. Politicians joined gun owners in questioning the logic of banning guns while in an area that is home to mountain lions, wolves and bears.

The Bruen standard cited by the Supreme Court ruling considers laws in the area permissible only if government proves it’s consistent “with U.S. historical traditions of sufficiently analogous regulations.

Lawyers for the state claimed the private property exclusion complies with the standard. They citied restrictions imposed in New York and other states up to 1893. But all “are of unknown or limited duration,” and the state has not shown they endured over time, Sinatra said. Additionally, the small number of restrictions does not prove a tradition, he said.