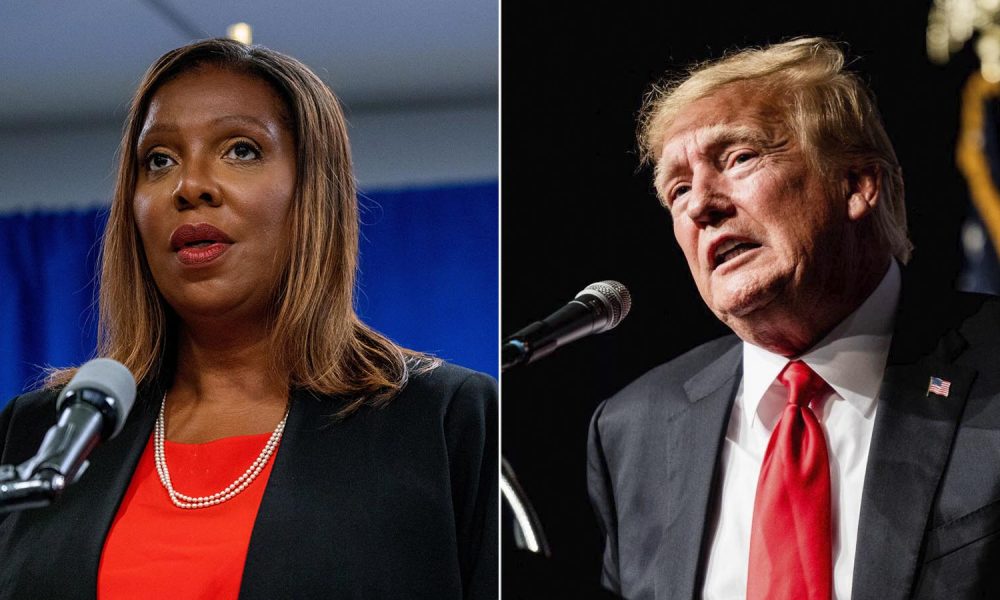 New York Attorney General Letitia James on Sept. 21 filed (pdf) a civil lawsuit against former President Donald Trump, the Trump Organization, three of his children, and others over alleged fraud.

In a 200-page lawsuit, James’s office alleges that the fraud touched all aspects of the Trump family business, including golf courses and other properties. The suit further claims that the Trump Organization deceived insurers, tax officials, and lenders by allegedly inflating the value of his properties.

“These acts of fraud and misrepresentation were similar in nature, were committed by upper management at the Trump Organization as part of a common endeavor for each annual Statement, and were approved at the highest levels of the Trump Organization—including by Mr. Trump himself,” the lawsuit states.

Other than the former president, his children Donald Trump Jr., Ivanka Trump, and Eric Trump are also named as defendants in the suit. Allen Weisselberg, the former chief financial officer for the Trump Organization, and Jeff McConney, another executive, also were named in the complaint.

Weisselberg pleaded guilty in August to tax fraud charges. As part of a plea deal, he agreed to testify against Trump’s real estate company in an upcoming trial.

At a news conference, James said she wants the company to pay a fine of at least $250 million, while asking that the Trump Organization be blocked from engaging in real estate acquisitions in the state for five years. It also seeks to bar Trump and his children from serving as high-level executives at any company in New York.

“The number of grossly inflated asset values is staggering, affecting most if not all of the real estate holdings in any given year,” according to the lawsuit. “All told, Mr. Trump, the Trump Organization, and the other Defendants, as part of a repeated pattern and common scheme, derived more than 200 false and misleading valuations of assets included in the 11 Statements covering 2011 through 2021.”

A lawyer for Trump, Alina Habba, disputed the attorney general’s lawsuit and described the legal action as politically motivated.

“Today’s filing is neither focused on the facts nor the law—rather, it is solely focused on advancing the Attorney General’s political agenda,” Habba told news outlets after the lawsuit was announced. “It is abundantly clear that the Attorney General’s Office has exceeded its statutory authority by prying into transactions where absolutely no wrongdoing has taken place.”

Habba said Trump is confident that “this unchecked abuse of authority” will be shot down and “look forward to defending our client against each and every one of the Attorney General’s meritless claims.”

“Trump falsely inflated his net worth by billions of dollars,” James, a Democrat, said at her Sept. 21 press conference.

For years, Trump has said that James has specifically targeted him in various investigations in an attempt to raise her political profile. The former president and members of his team have highlighted James’s campaign speeches before she was elected in 2018, in which she promised to investigate Trump as attorney general.

After the lawsuit was filed, Trump wrote on his Truth Social platform that James acted because she’s “doing poorly” against Republican challenger Michael Henry.

“I never thought this case would be brought … until I saw her really bad poll numbers,” the 45th president contended. “She is a fraud who campaigned on a ‘get Trump’ platform, despite the fact that [New York City] is one of the crime and murder disasters of the world under her watch!”