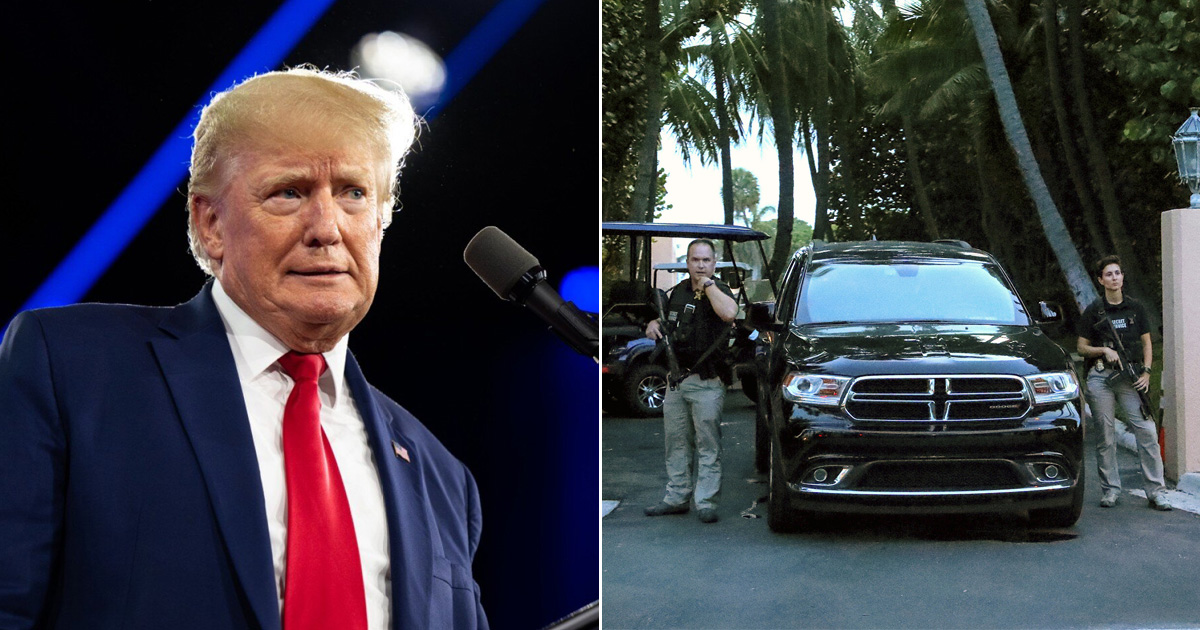 Agents were reportedly at the property the entire day and were dressed in plain clothes leading staff believe that they were U.S. Secret Service agents, which is why news of executed search warrant did not leak, according to News Nation Senior Correspondent Brian Entin.

Trump’s Secret Service agents were notified about the raid only moments before it occurred. Trump had lawyers present during the raid while he was at his residence in New York City.

FBI agents looked in all offices and safes on the property and took numerous boxes full of documents for them to sort out at the local South Florida FBI field office. “They were not being judicious about what they took,” a source told Fox News.

The raid happened after Trump reportedly delayed turning the approximately 15 boxes back over to the National Archives until they became a serious legal risk to him. Some of the documents were reportedly marked as “top secret.”

Federal prosecutors opened a grand jury investigation back in May into Trump over whether classified material that ended up at his home in Mar-a-Lago was mishandled.

The main purpose of these types of investigations is usually for federal authorities to determine if any classified material was compromised so that intelligence officials can take steps to protect sensitive sources and methods. Prosecutors are seeking to learn every aspect of how the documents were handled from the time the documents left the White House until they were returned to the National Archives.

House Minority Leader Kevin McCarthy (R-CA) told President Joe Biden’s attorney general, Merrick Garland, that he needs to preserve all documents and clear his calendar for when Republicans win back control of the House of Representatives because Garland is going to be getting dragged before Congress to testify about the raid.

“I’ve seen enough,” McCarthy said in a statement. “The Department of Justice has reached an intolerable state of weaponized politicization. When Republicans take back the House, we will conduct immediate oversight of this department, follow the facts, and leave no stone unturned.”

“Attorney General Garland, preserve your documents and clear your calendar,” he added.

Arizona Republican Nominee Kari Lake Responds To FBI Attack On Mar-a-Lago: “As Governor, I Will Fight These TYRANTS With Every Fiber Of My Being”