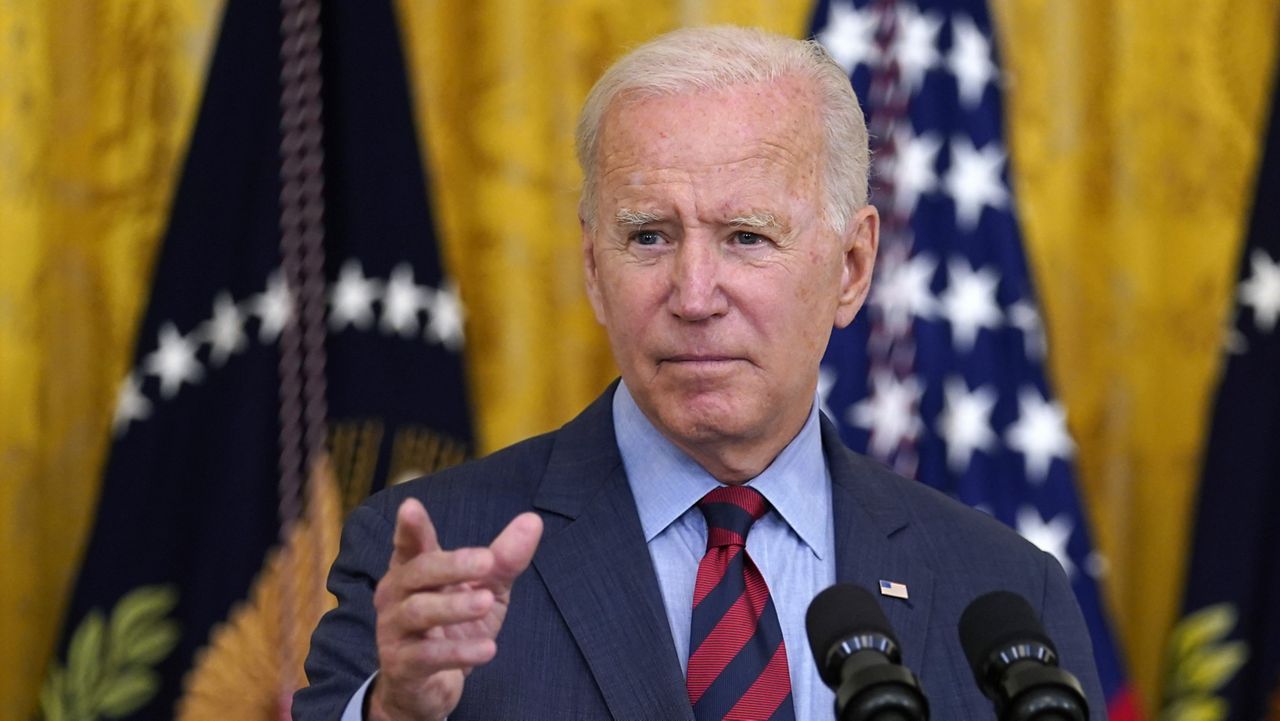 A bug-eyed Joe Biden barely blinked, perhaps twice, toward the end of a choppily spliced video of an 11 minute long speech released by the White House on Monday that featured a subdued, sleepy-eyed Biden blinking normally at the beginning but ended with a suddenly changed, agitated, bug-eyed Biden after an abrupt edit. There are at least ten spliced edits in the video, some coming seconds apart, others minutes apart.

Tucker Carlson recently reported a source told him Biden was fed pills by his staff, overseen by wife Jill, during the 2020 campaign that changed him from acting “like a small child” so he could perform at speeches and events.

Monday’s speech was recorded for the National Organization of Black Law Enforcement Executives Conference held in Orlando. Biden was scheduled to speak in person as part of a two event swing though Florida that was canceled after he became infected with COVID despite being quadruple vaccinated.

The White House has been presenting proof of health photos and videos of Biden since his diagnosis, playing down any symptoms he may have from the virus.

Monday’s was the first standing speech for Biden since taking ill, however it appears he was not able to make the eleven minute speech in one take, nor it would appear without getting amped up by meds. The change in demeanor in the last segment starting at 8:27 is remarkable. Biden went from sleepy-eyed soft spoken while leaning on the lectern and making normal gestures for most of the speech to being impassioned, bug-eyed, rocking and waving his arms while barely blinking for a minute-and-a-half as seen in this closing segment. (Biden had a scratchy throat at one point, around six-and-a-half minutes in–just after three quick splices.)

Complete video of Biden’s speech. He is noticeably amped up around the 8:27 mark. Video cued to 8 minute mark.