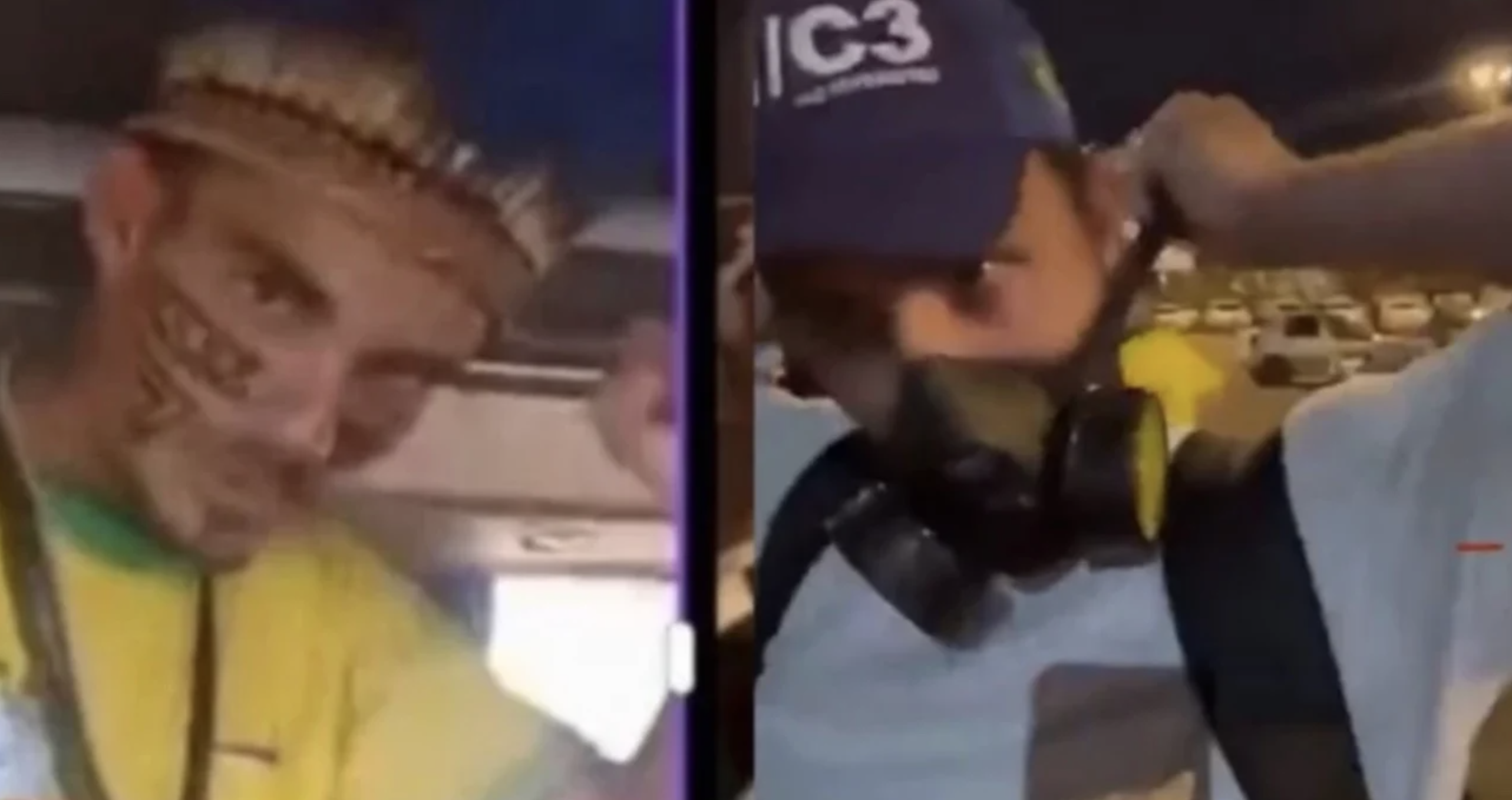 Following the brutal arrest of indigenous leader José Acácio Serere Xavante by Federal Police in front of his wife and children Monday for the crime of protesting, violence broke out in the Brazilian capital, with Bolsonaro supporters allegedly attempting to storm police HQ and free Xavante.

The son of Chief Serere Xavante accused the Federal Police of pointing a gun at his head while they arrested his father. The young man said the family was in their pickup truck when they were suddenly and violently apprehended by the Federales. The boy tried to help his father, which is when the officers pointed the gun at his head.

The boy’s mother Suely Xavante said she had asked to see the arrest warrant, but was denied. Indigenous in Brazil are protected by law and have their own justice system, which makes the arrest even more egregious and arbitrary, which was ordered by corrupt pro-Lula Chief Justice Alexandre de Moraes.

Bolsonaro supporters stated on social networks that the acts of vandalism in Brasilia were committed by “infiltrators” in the protests. A video seemed to show agents provocateurs torching a bus in Brasilía, shouting “Bolsonaro out!”, “Son of a bitch!” and “Fascist!”

“If You Got Me Into That, You’d Probably Have a Nice Video of Me Crying” – Exclusive: Rudy Giuliani on Ukraine, the Bidens, and the Politicized DOJ with TGP’s Jim and Joe Hoft (Video)