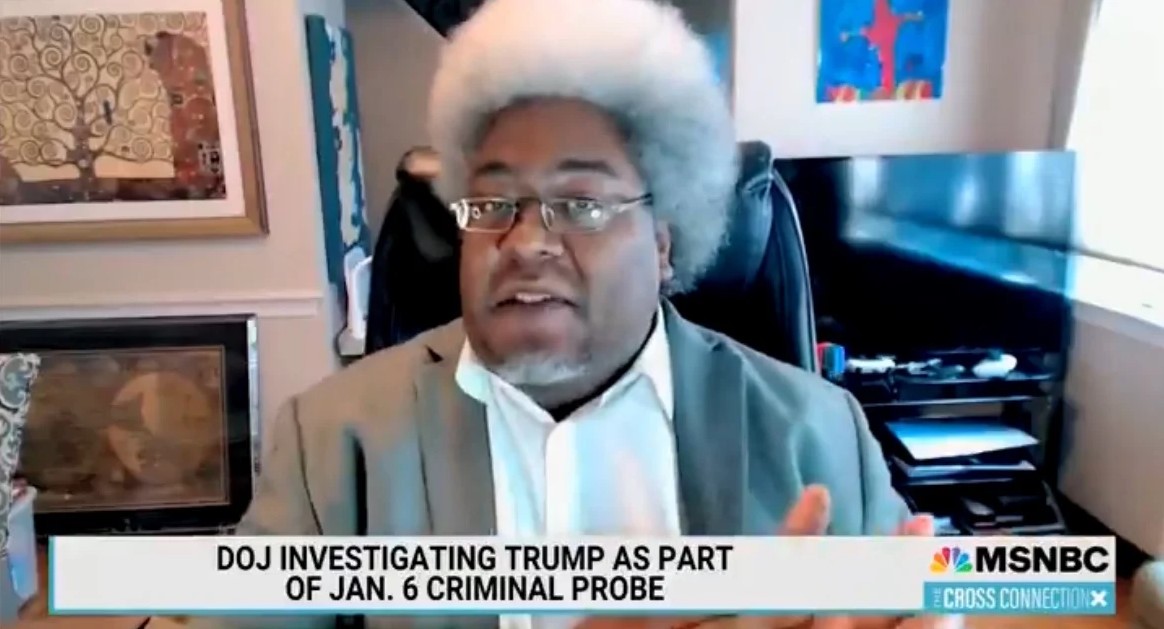 This is totally normal.

A toxic, far-left MSNBC guest suffering from a severe case of TDS said he would be willing to “believe in hell” so that Trump “has some place to go in the next life.”

The lefty media is still obsessing over Trump.

Elie Mystal and Tiffany Cross discussed the January 6 hearings even though nobody outside of the beltway cares about the J6 Committee.

“Will we ever see Trump held accountable for all the things that have come out in the January 6 hearings?” Tiffany Cross queried.

“Look, I’m willing to believe in Hell just so that Trump has some place to go in the next life to be held accountable,” Elie Mystal said as Tiffany Cross smiled.

He continued, “In this life it’s still up in the air.”

The main reason why far-left networks like MSNBC and CNN continue to obsess over Trump is because Joe Biden’s America is a dumpster fire.

Biden tested positive for Covid the second time on Saturday as his poll numbers crater.

Inflation is at 40-year highs.

Gas prices are more than $5 a gallon in most states.

Americans are waiting in bread lines as food banks run out of food.

A record container backlog is developing on the East Coast.

The US is now experiencing shortages of baby formula, tampons, peanut butter, Halloween candy and other important commodities thanks to Joe Biden.

But MSNBC is talking about the January 6 hearings and fantasizing about Trump spending an eternity in hell.

Washington D.C. Is Run By the Enemies of the American People – It Is Time to Take America Back (VIDEO)