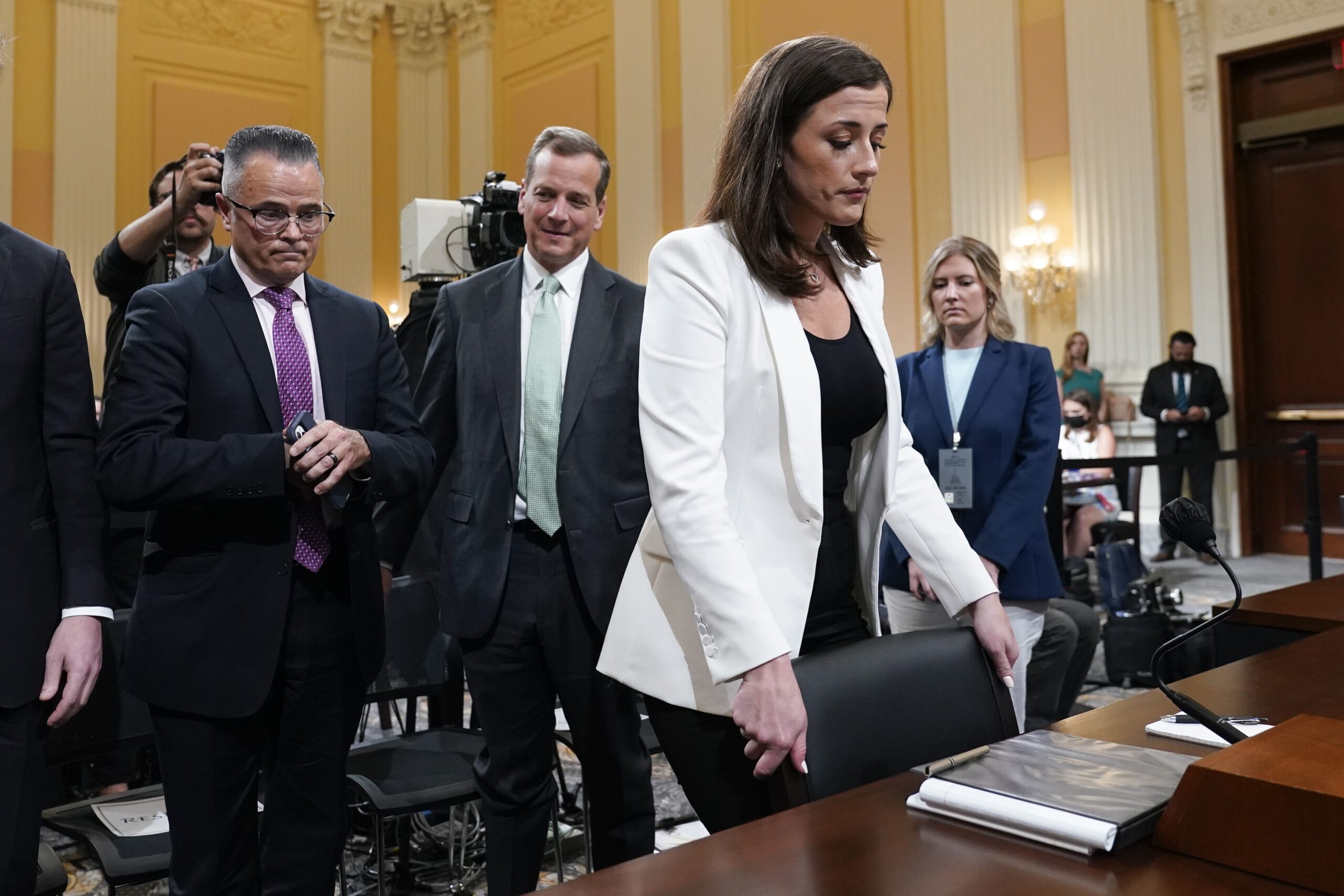 Was anything she said true?

Young Cassidy testified that “she was told” that as then-President Donald Trump was being driven back to the White House after the Jan. 6 rally that he demanded to be taken to the Capitol and tried to grab the steering wheel from a Secret Service agent.

Hutchinson said Trump got into “the beast” after his speech at the Ellipse on January 6 with the belief that he would be driven to the Capitol.

Hutchinson said Trump traveled in “The Beast” over to the Ellipse that day.

But Trump was in the Presidential SUV not “The Beast.”

The Secret Service immediately denied the report and the agents reportedly announced they are ready and willing to testify.

That was two strikes against young Cassidy.

Liz Cheney and Cassidy Hutchinson also got caught lying about a handwritten note that Cassidy took credit for writing.

Cheney actually displayed the note during Cassidy’s testimony and the witness said she wrote the note on January 6th.

Cassidy did not write the note because the author of the note took credit for writing the note.

And the author of the handwritten note already testified to the sham committee that he wrote the note!

For some reason, Liz Cheney ran with this anyway.

Former Trump White House lawyer Eric Herschmann is claiming that a handwritten note regarding a potential statement for then-President Donald Trump to release during the Jan. 6 attack on the Capitol was written by him during a meeting at the White House that afternoon, and not by White House aide Cassidy Hutchinson, sources familiar with the matter tell ABC News.

At Tuesday’s Jan. 6 committee hearing, Rep. Liz Cheney displayed a handwritten note which Hutchinson testified she wrote after Trump chief of staff Mark Meadows handed her a note card and pen to take his dictation.

Sources familiar with the matter said that Herschmann had previously told the committee that he had penned the note.

“The handwritten note that Cassidy Hutchinson testified was written by her was in fact written by Eric Herschmann on January 6, 2021,” a spokesperson for Herschmann told ABC News Tuesday evening.

“All sources with direct knowledge and law enforcement have and will confirm that it was written by Mr. Herschmann,” the spokesperson said.

More… This was their “star witness.”

The Sinister Link Between Biden Admin and a Soros-Funded Group