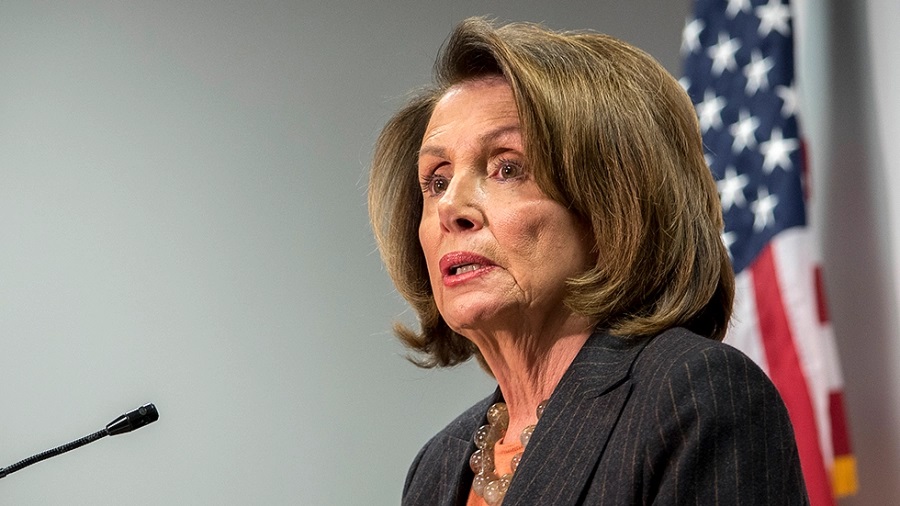 The president made the remarks after returning from his trip to Somerset, Massachusetts, to announce his proposed climate agenda. He is expected to communicate with Chinese President Xi Jinping in the next ten days.

“I think that the military thinks it’s not a good idea right now. But I don’t know what the status of it is,” Biden said about Pelosi’s reported upcoming trip.

China threatened to take unspecified “forceful measures” if Pelosi follows through with her reported trip to strengthen U.S. support for allies in the region. Along with Taiwan, the speaker has planned a delegation to Japan, Indonesia, Singapore and Malaysia in August, the Financial Times reported, citing anonymous sources.

The Chinese government encouraged U.S. officials to refrain from any actions construed as showing support for Taiwan’s independence from China.

“If the United States insists on going ahead, China will have to take firm and forceful measures to defend national sovereignty and territorial integrity,” Chinese Foreign Ministry spokesman Zhao Lijian said, according to a Washington Post translation. He warned the trip would “seriously impact the political foundations of China-U.S. relations.”

Taiwan’s Foreign Ministry has not been notified of a confirmed visit by Pelosi, the Post reported.

Pelosi would be the first House speaker to visit the country in 25 years, though her office said it does not “confirm or deny international travel in advance due to long-standing security protocols,” according to the Post.

The Chinese government has threatened to use force to take control of Taiwan through the use of “reunification,” the Post reported. The U.S. has historically not taken a stance on Taiwan’s sovereignty, though the president sent an unofficial delegation to the island after Russia’s invasion of Ukraine to demonstrate their “robust support.”

The war in Ukraine has influenced Taiwan to take additional steps to prepare for a potential attack by the Chinese government. Members of Congress have expressed support for U.S. intervention in the event of a Chinese invasion of Taiwan. The Arms Exports Delivery Solutions Act has been introduced in the House, intending to direct the State and Defense Departments to monitor arms transfers to Taiwan and Asian allies and to address production and transportation delays.

Steve Bannon Torches Gutless Jan. 6 Chairman For Not Showing Up To Trial