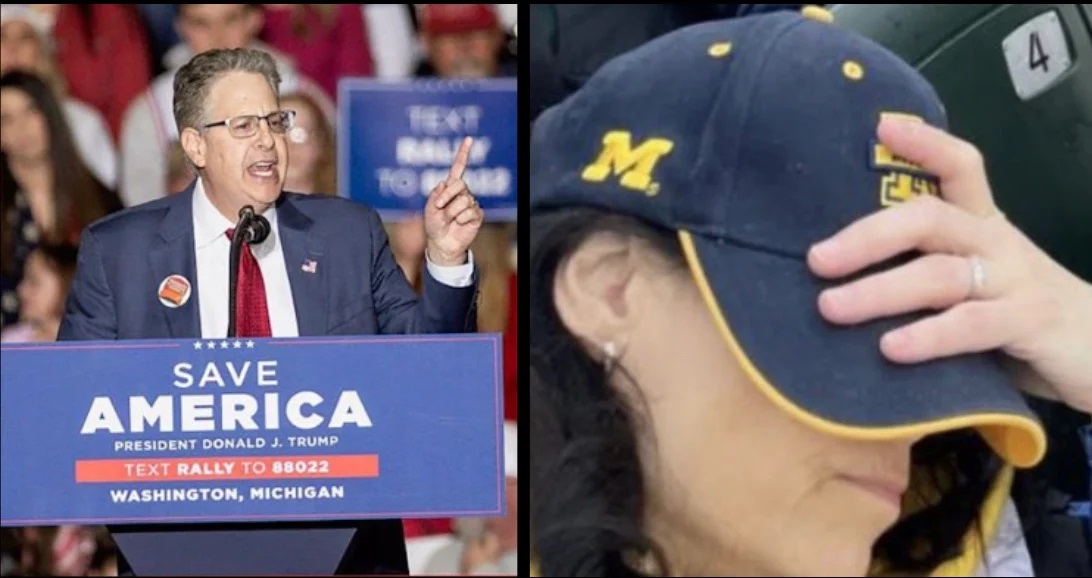 Michigan’s corrupt Attorney General, Democrat Dana Nessel is drunk on power.  She also was drunk as a skunk last year at the Michigan – Michigan State football game where she reportedly needed to be carted out of the stadium in a wheelchair passed out.

Now AG Nessel is threatening her opponent in the upcoming 2022 election. Jeff Timmer, a senior adviser for the Nessel campaign, tweeted on Wednesday that his boss’s Republican challenger Matt DePerno has to “remain unindicted” to qualify for a debate. Timmer tweeted the threat just after DePerno criticized Nessel’s refusal to enforce the state’s 1931 abortion ban following the Supreme Court’s overturn of Roe v. Wade.

“Consider this an official campaign response,” Timmer tweeted. “I can commit that Dana will debate you. All you have to do is (1) become the official GOP nominee (2) remain unindicted and (3) allow Dana to Mirandize you at the beginning of the debate. Easy-peasy, right? Lemme know.”

Attorney Deperno was instrumental in uncovering issues with Dominion voting systems in Antrim County.  This was the first real audit in the country where the voting systems were investigated from the 2020 Election.  Multiple material issues were uncovered.