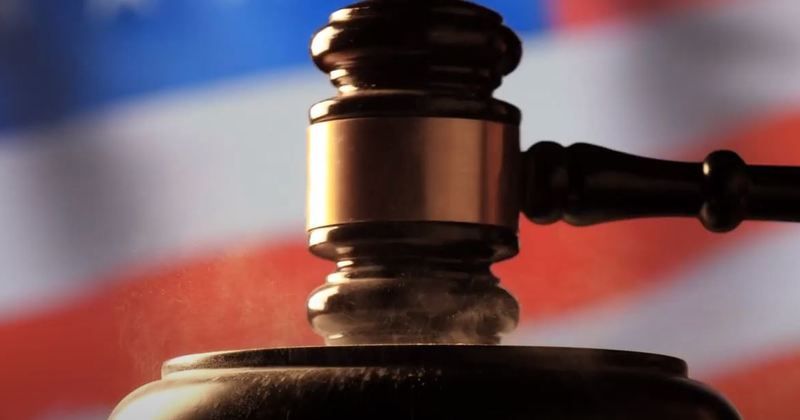 On deadline day for the Michigan secretary of state to finalize this year’s ballots, the Michigan Supreme Court declined to hear the appeal pleadings of James Craig, Perry Johnson, and Michael Markey. As a result, they will not appear on the Aug. 2 Republican gubernatorial primary ballot.

The state established June 3 as the deadline to certify candidates so there is ample time to send ballots to military and overseas voters.

State election officials on May 26 banned five of the 10 Republican candidates from the gubernatorial race after determining that candidates submitted petitions that contained fraudulent signatures.

Among the candidates disqualified by the Michigan Board of State Canvassers were Craig, a former Detroit police chief, and Johnson, a businessman. Craig held a comfortable lead in the polls, and Johnson was considered a serious contender.

On June 2, a day after their requests to be included in the GOP gubernatorial candidate field were rejected by the Michigan Court of Appeals, Brandenburg, Johnson, and Markey asked the Michigan Supreme Court to rule that their names be added to the ballots or extend the deadline to certify the ballots.

Upon initially learning he was disqualified, Brown withdrew from the race.

Brandenburg has not received a ruling on her argument. Court spokesperson John Nevin told MLive.com that a decision was not expected on June 3.

The Supreme Court represented each candidate’s final hope to get on the ballot. They can still run as write-in candidates.

Michigan gubernatorial candidates are required to submit 15,000 valid signatures from registered voters by April 19 to appear on the August primary ballot.

In late April, the Michigan Democratic Party targeted petitions submitted by Craig, Dixon, and Johnson. The complaints alleged forgery, inaccurate dates, and the use of signatures from dead voters.

The Board of State Canvassers agreed to hear the complaints.

On May 23, Michigan’s Bureau of Elections released a report indicating that 36 individual paid circulators forged around 68,000 signatures on petitions for 10 candidates, including the five GOP candidates who were disqualified.

Staff members visually inspected signatures on every petition sheet, according to Michigan Bureau of Elections Director Jonathan Brater. Staffers double-checked 7,000 of the 68,000 alleged forgeries and compared them to actual signatures in the Qualified Voter File.

“We did not find a single registered voter with a matching signature,” Brater told the Board of State Canvassers.

The Bureau of Elections report was submitted to the board.

Findings from the report determined there was “an unusually large number of petition sheets that showed no evidence of normal wear that accompanies circulation” and “sheets on which every instance of the handwriting of certain letters across different signature lines and sheets, including in the signatures themselves, was near-identical.”

The report also discovered “sets of sheets where the two or three distinct handwriting styles appeared on multiple sheets.”

In its report, the board added that petition sheets were “round-tabled,” which involves fraudulent signature-gathering organizations employing a group of individuals to distribute the sheets and have each person sign one line on each sheet “in an attempt to make handwriting and signatures appear authentic and received from actual voters.”

“Although it is typical for staff to encounter some signatures of dubious authenticity scattered within nominating petitions, the bureau is unaware of another election cycle in which this many circulators submitted such a substantial volume of fraudulent petition sheets consisting of invalid signatures,” according to the report.

The board did add that it “does not have reason to believe that any specific candidates or campaigns were aware of the activities of fraudulent-petition circulators.”

The Board of State Canvassers was deadlocked on how to rule about the five GOP gubernatorial campaigns in an eight-hour meeting on May 26.

The two Democrats on the board voted to not allow the candidates to appear on the ballot. The two Republican members decided the other way, citing that every petition sheet should be checked line by line instead of disposing of sheets turned in by the alleged fraudulent signature gatherers.

The tie prevented the five candidates from being on the ballot.

Candidates who appealed to the Michigan Supreme Court contended that the Bureau of Elections did not compare every submitted signature to those contained in the secretary of state’s Qualified Voter File.

“The voters should be deciding who their candidates are, not an unelected board of government bureaucrats,” Craig said in a statement.

In the ruling against Johnson’s appeal, the Board of State Canvassers “had a clear legal duty to investigate, but it did not have a clear legal duty to conduct a comparison of each fraudulent signature against the qualified voter file,” judges Kirsten Frank Kelly, Michael J. Kelly, and Noah P. Hood wrote.

While ruling against Craig, Michigan Court of Claims Judge Elizabeth Gleicher wrote that she is bound by the Court of Appeals’ response to Johnson’s legal action.

The five candidates who remain on the ballot believe that those who were disqualified should have paid closer attention to the petition gathering process.