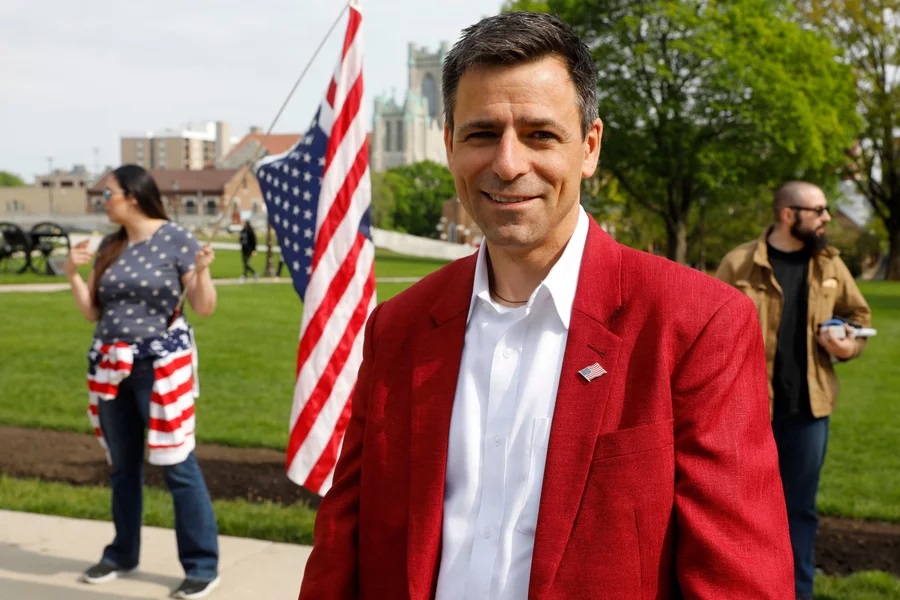 Kelley was arrested by the FBI Thursday at his home in Allendale in western Michigan. He is scheduled to appear Thursday at the U.S. District Court in Grand Rapids.

Documents say that Kelley was part of a crowd that tried to disrupt the certification of President Biden as the winner of the November election. The evidence includes photos and videos of the insurrection that were posted online.

Kelley is a Republican candidate for governor who will appear on the August statewide primary ballot. That’s not the case for numerous other Republicans who were accused of submitting fraudulent signatures and were dropped from the ballot.

The criminal complaint alleges that Kelley, among other things, knowingly entered and engaged in disorderly conduct in restricted buildings or grounds and engaged in an act of physical violence against a person or property.

Biden complained to reporters about negative coverage of his administration