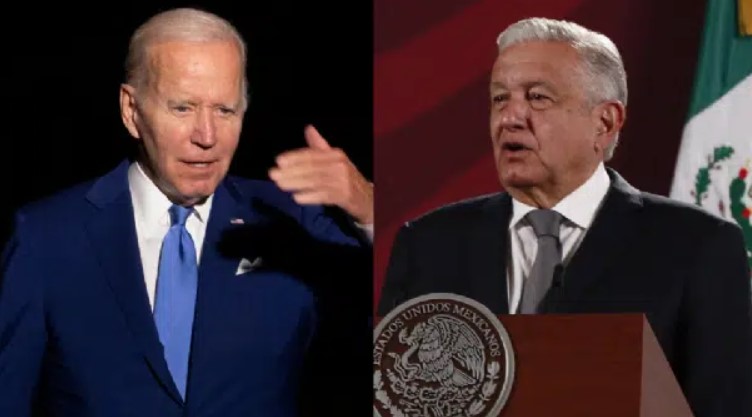 It seems that President Joe Biden is increasingly not being taken very seriously by a growing number of world leaders, including our Mexican neighbor.

President Andrés Manuel López Obrador on Thursday blew off a threat from Biden to take action on trade that could lead to imposing tariffs on some Mexican goods with a mocking tone.

Obrador made the comments on the same day that United States Trade Representative Katherine Tai announced the United States has requested dispute settlement consultations with Mexico under the United States-Mexico-Canada Agreement (USMCA), which could end up placing penalties on some Mexican exports if the two sides can not come to an agreement.

“We have repeatedly expressed serious concerns about a series of changes in Mexico’s energy policies and their consistency with Mexico’s commitments under the USMCA,” said Ambassador Katherine Tai.  “These policy changes impact U.S. economic interests in multiple sectors and disincentivize investment by clean-energy suppliers and by companies that seek to purchase clean, reliable energy.

Mexico is the United States’ second-largest trading partner behind Canada. That said, Biden and Obrador have been increasingly at odds over the past several months regarding energy, trade, and other issues, The Daily Caller added.

During his administration, then-President Donald Trump renegotiated the North American Free Trade Agreement (NAFTA), which he said during his 2016 campaign was unfair to the U.S. The new agreement is called the United States Mexico Canada Agreement, or USMCA, and was reportedly better for American companies and U.S. manufacturing.

However, the Biden administration alleges that Obrador, who came into power in 2018, is favoring his country’s national energy companies in violation of the new agreement on issues such as pricing, contract terms, and emissions standards as a means of making Mexico more energy self-sufficient, The New York Times reported.

According to a statement from the U.S. Trade Representative’s office:

Mexico’s policies have largely cut off U.S. and other investment in the country’s clean energy infrastructure, including significant steps to roll back reforms Mexico previously made to meet its climate goals under the Paris Agreement.  Mexico’s policy changes threaten to push private sector innovation out of the Mexican energy market.  To reach our shared regional economic and development goals and climate goals, current and future supply chains need clean, reliable, and affordable energy.

Specifically, the United States is challenging a 2021 amendment to Mexico’s Electric Power Industry Law that prioritizes CFE-produced electricity over electricity generated by all private competitors; Mexico’s inaction, delays, denials, and revocations of private companies’ abilities to operate in Mexico’s energy sector; a December 2019 regulation granting only PEMEX an extension to comply with the maximum sulfur content requirements under Mexico’s applicable automotive diesel fuel standard; and a June 2022 action that advantages PEMEX, CFE, and their products in the use of Mexico’s natural gas transportation network.  These measures appear to be inconsistent with several of Mexico’s USMCA obligations, including under the Market Access, Investment, and State-Owned Enterprises chapters.

The Canadian government is also raising issues with Mexico.

“Canada has consistently raised its concerns regarding Mexico’s change in energy policy. We agree with the United States that these policies are inconsistent with Mexico’s…obligations,” a Canadian government spokeswoman told the WSJ.

Despite Obrador’s mocking of Biden, according to the WSJ, the Mexican Economic Ministry has been less derisive, issuing a statement Wednesday: “The Government of Mexico expresses its willingness to reach a mutually satisfactory solution during the consultation phase.”