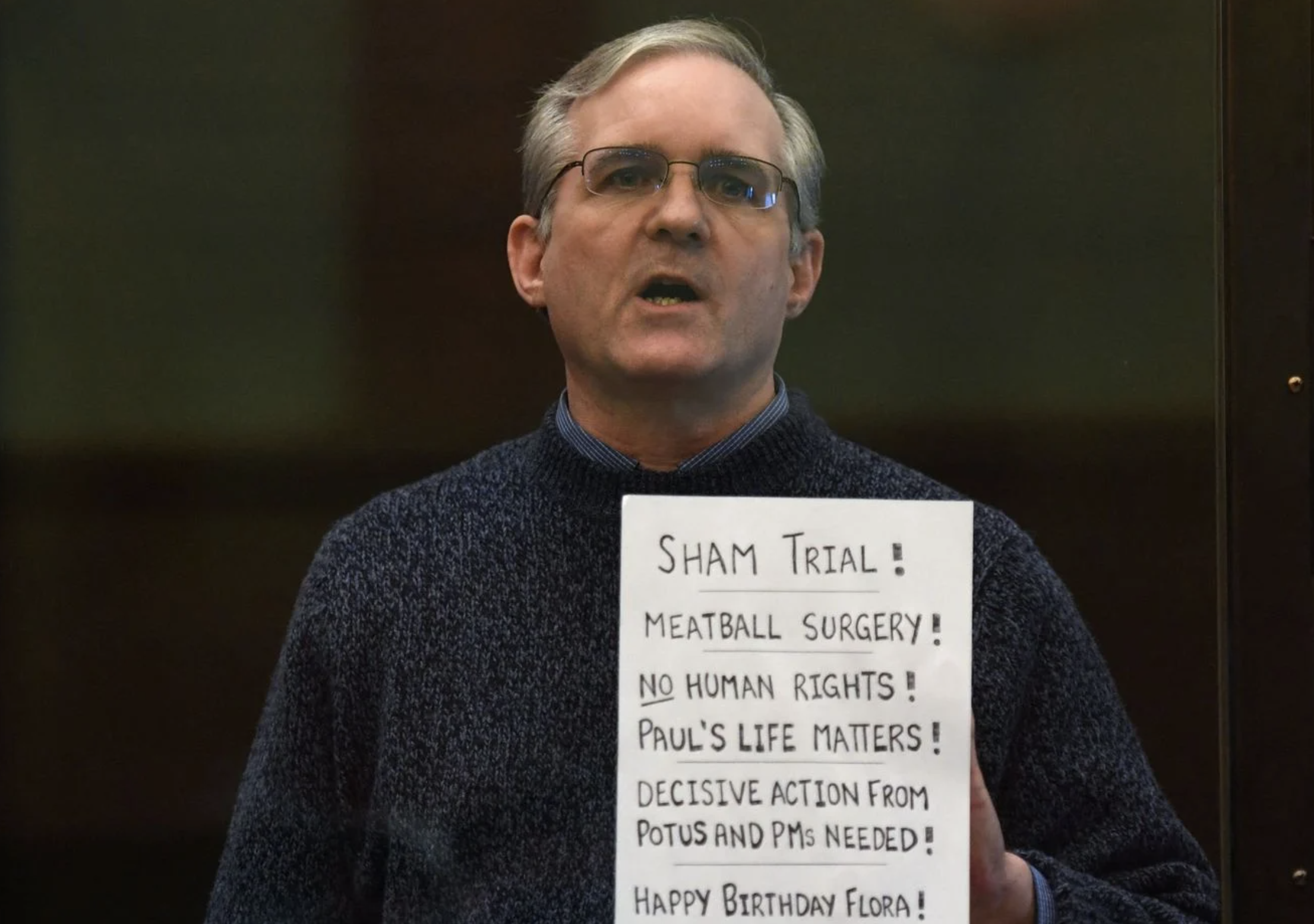 The Western world woke up Thursday morning and learned that the WNBA’s Brittney Griner was returning home from a Russian prison after President Joe Biden had secured her release. For a few seconds, it seemed like good news.

And then it was quickly revealed that Biden, in his infinite wisdom, traded Griner for a dangerous Russian arms dealer, Viktor Bout. His nickname, the “Merchant of Death,” says everything one needs to know to realize this is the shaping up to be one of the worst prisoner trades in the history of prisoner trades.

While Griner gets to come back to America and eat bacon double cheeseburgers and take hot showers, decorated combat U.S. Marine veteran Paul Whelan, who was nabbed in Russia four years ago on trumped-up “espionage” charges, remains trapped in a Russian gulag and, according to CNN, he’s not happy.

“I am greatly disappointed that more has not been done to secure my release, especially as the four year anniversary of my arrest is coming up,” Whelan told CNN, adding that he was happy Griner made it out.

“I was arrested for a crime that never occurred,” Wheland said to CNN from the Russian penal colony where he’s imprisoned. “I don’t understand why I’m still sitting here.”

“I was led to believe that things were moving in the right direction and that the governments were negotiating and that something would happen fairly soon,” Whelan continued.

There’s still so much to unpack regarding the trade, which dominated the headlines on Thursday morning. Still, the bottom line is that at the very least, one might think Biden and his team would be able to wrangle two Americans — who aren’t arms dealers — in exchange for Bout, who, according to the New York Times, has spent much of his career supplying arms to the Taliban, Al Qaeda and other terrorist factions.

Biden on Thursday was asked after an unrelated speech what he would say to Whelan’s family concerning the shocking developments. His answer was a non-answer; as seen in the video below, his handlers quickly scurried him away from cameras and inquiring reporters.

National Security Council coordinator for strategic communications John Kirby was pressed on the situation Thursday and insisted that the negotiations for Whelan were still ongoing in what sounded more like a pre-approved White House response.

“We have been in active discussions with the Russians on Mr. Whelan’s case for a very, very long time. Certainly, those conversations accelerated in recent months, and I can assure you that we are going to stay at those active discussions going forward,” Kirby said.

One can’t even fathom what level of dangerous prisoner we’ll have to trade to secure Whelan now. If we’re trading a terrorist arms dealer for Griner, what might Biden give up for Whelan?

Putin has to be in stitches at this point, and one can only imagine the look on his face when his people told them that the U.S. president actually agreed to trade a person like Bout.

Conservative commentator Kyle Becker raised another interesting question regarding the uneven prisoner swap, wondering how this might affect the war in Ukraine since Bout is someone who Putin could use to possibly secure much-needed weaponry to continue its assault in neighboring Ukraine.

“How many Ukrainians will die because Biden traded away the ‘merchant of death’ and left a U.S. Marine behind?” Becker tweeted.

It pains me even to write it, but the situation is certainly not looking good for Whelan at this point. The Biden White House showed its hand to Russia and the world. Any leverage the United States had less than 24 hours ago is virtually depleted.

Whelan, U.S. Marine who proudly served this great nation, should have been provided top priority in such negotiations, no question. However, this is the Biden administration we’re talking about — the same administration that let 13 U.S. servicemembers die in Afghanistan needlessly.

Self-Proclaimed ‘Liberal Sherpa’ Arrested For Kidnapping Her 88-Year-Old Mother and Scamming Her Out of $224,000