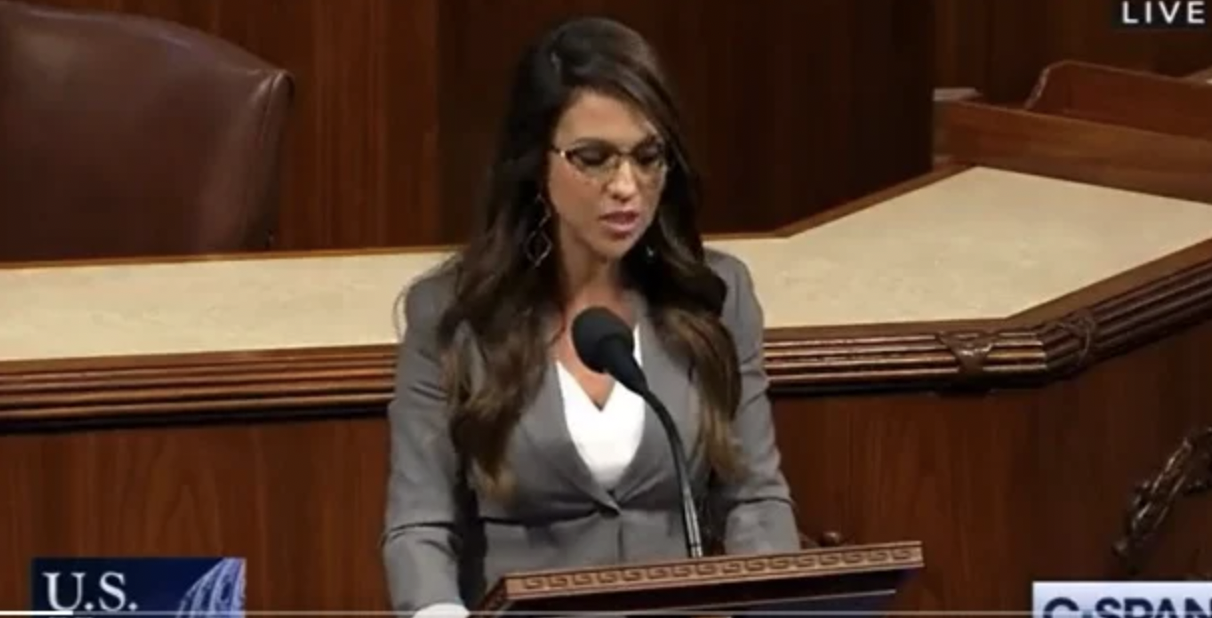 US House member Lauren Boebert told creepy and corrupt old Nancy Pelosi that she was fired by the American people.

No Congressman has done more to destroy this country than Nancy Pelosi.  She pushed through spending bills that will never be repaid. She lied every time she opened her mouth and thereby destroying the image of the House.  She said terrible lies about President Trump and then set up and arrested his followers for made-up crimes.

At the end of her term her husband, who’s benefited tremendously from insider tips from Pelosi, got caught with a man in his house and claimed the man had broken into the house and made it to his bedroom without any of the multiple individuals and services knowing.

Americans had enough of creepy old Nancy Pelosi and her crooked husband Paul.

Lauren Boebert let Pelosi know that she is fired.

“Madam Speaker, the American people have spoken.  They fired you and have chosen to end the Democrats’ one-party rule throughout our government,” she said.

“The days of this chamber being treated as Pelosi’s house instead of the people’s house are over,” she said. “The American people will once again be allowed into this chamber to see their representatives at work.”

This “The wicked witch is dead” – The Wizard of Oz