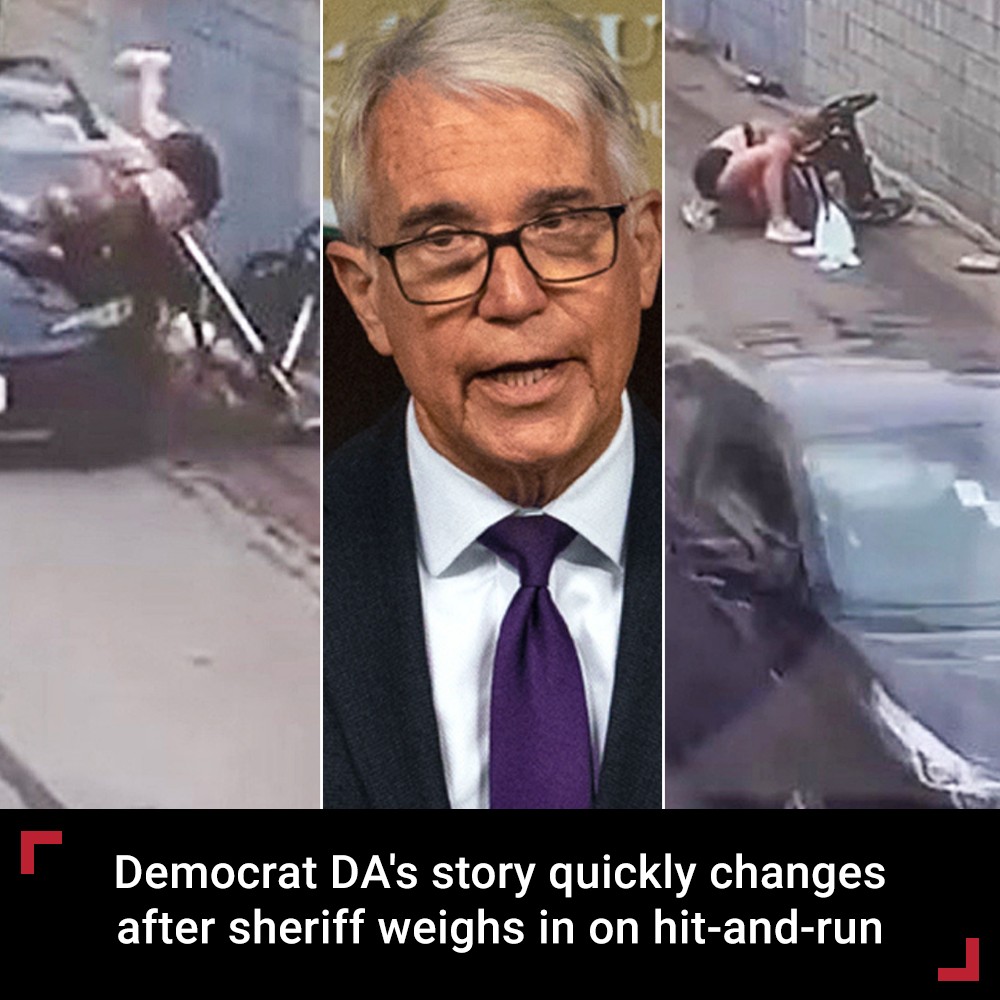 Progressive Los Angeles District Attorney George Gascon is walking back his claim that the county sheriff’s department “agreed with the felony charges” and lenient sentencing against a teenager who was convicted of driving a car into a mother and her 8-month-old son. The 17-year-old pleaded guilty to two felony charges of assault by means of force likely to produce great bodily injury and one felony count of hit-and-run, but was sentenced to spend five to seven months in a juvenile probation camp. Prosecutors describe the camp as “less than a military school and a little bit tougher than a summer camp.” The initial incident happened on Aug. 6, 2021.

An initial statement by Gascon provided to Fox News Digital said that the Los Angeles County Sheriff’s Department agreed with the charges and sentencing.

“Fortunately, the baby was uninjured, and the mother received a laceration to her elbow,” his office told Fox News Digital Friday. “The Sheriff’s Department agreed with the felony charges that were filed. At arraignment, the minor admitted two felony counts of assault by means of force likely to produce great bodily injury and one felony count of hit-and-run. The Probation Department recommended, and the court sentenced the minor to a youth camp for five to seven months, an appropriate resolution.” The statement added that juvenile justice is intended to “rehabilitate young people.” “In this case, this teen will be held accountable for his actions and receive the needed services to foster positive development to keep him from committing future offenses,” the statement read. After Los Angeles Sheriff Alex Villanueva called out Gascon and said “We were never consulted as we were not the investigating agency,” Gascon’s office corrected the statement on Saturday, stating that the sheriff’s office was not involved. “Need to correct our statement from yesterday. LASD was not involved in the decision on the felony charge, as they were not the investigating agency in that case,” a spokesperson for the district attorney’s office said.

Villanueva had earlier said that his office was not consulted regarding the charges. “We were never consulted as we were not the investigating agency,” the Los Angeles official wrote on Facebook and Twitter early Saturday. “Sheriff’s investigators would never be OK with the lightweight sentencing in this hit-and-run case. Stop empowering and encouraging criminal behavior. Hold them accountable #VictimsMatter.” Video surveillance caught the incident on camera, which shows the car hitting the mother, who was walking her child in a stroller. The mother wrote in a victim’s impact report that she thought “those were the last moments of our lives.” “I thought those were the last moments of our lives; we were dead,” the mother, who asked to be identified only as Rachel, wrote in a victim’s impact statement. “That feeling, along with the memory of a car accelerating directly into us, will haunt me forever.” Police sources say that the driver, who was 16 at the time, initially told police that the mother appeared out of nowhere and hit her on accident with the stolen car.

Biden’s Approval Ratings are IN. This Suggests Only One Thing!!