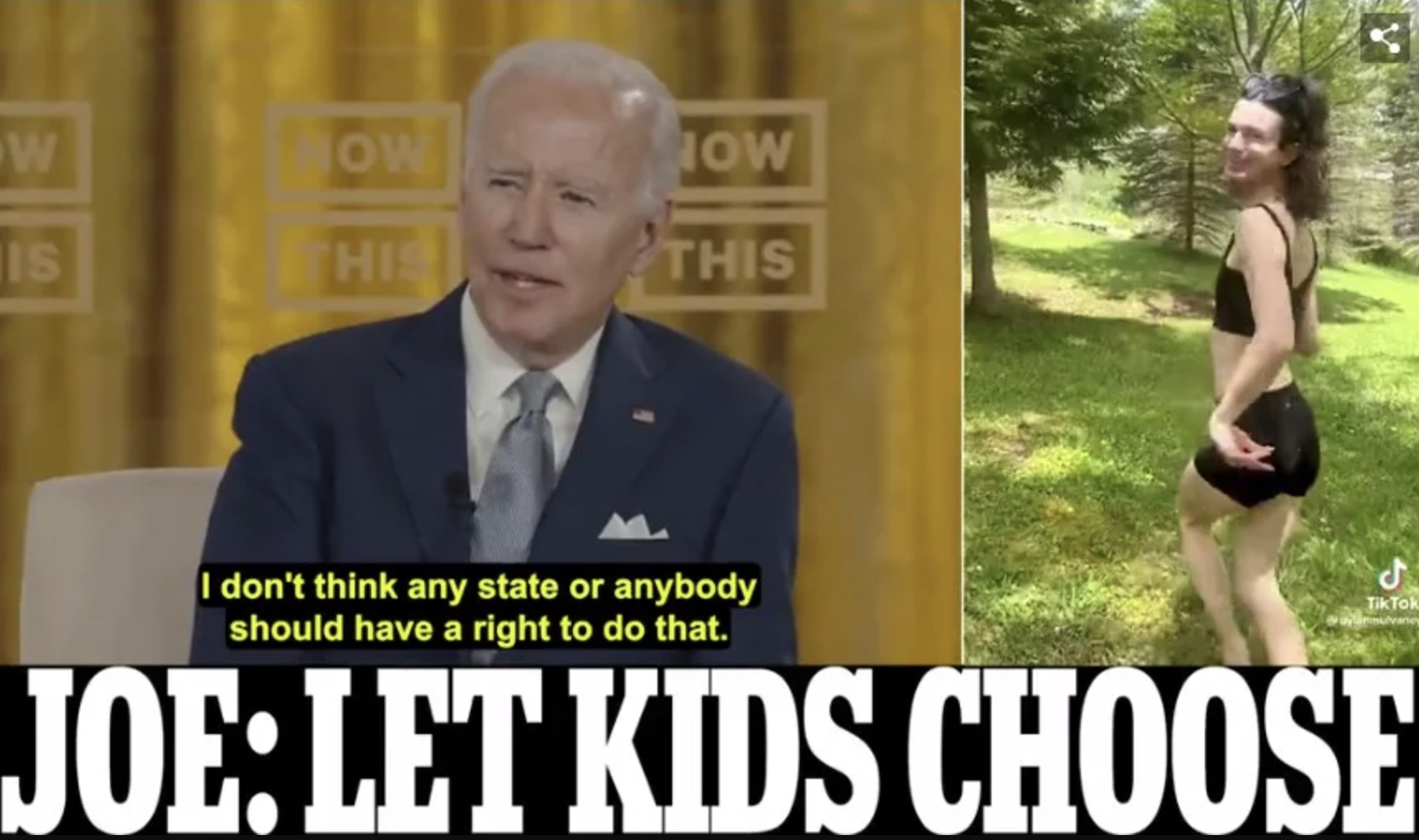 Joe Biden was interviewed this past weekend by trans TikTok star Dylan Mulvaney who now identifies as a woman or girl.

Joe Biden said in an interview with a transgender TikTok star that states shouldn’t have the power to regulate any health care related to a person transitioning from one sex to the other.

The president denounced Republican states that have passed laws attempting to ban or limit sex change surgeries and transition treatments – like hormone blockers – for children who identify as non binary or transgender.

Biden spoke with a panel of six progressive activists for the NowThis News presidential forum on Friday, which aired on Sunday. One of the six panelists was TikTok star Dylan Mulvaney who is documenting their transition from a male to trans woman.

‘As a moral question and as a legal question, I just think it’s wrong,’ the president added.

BIDEN ECONOMY: US Has Only 25 Days of Diesel Supply – Shortage Could Cripple Economy