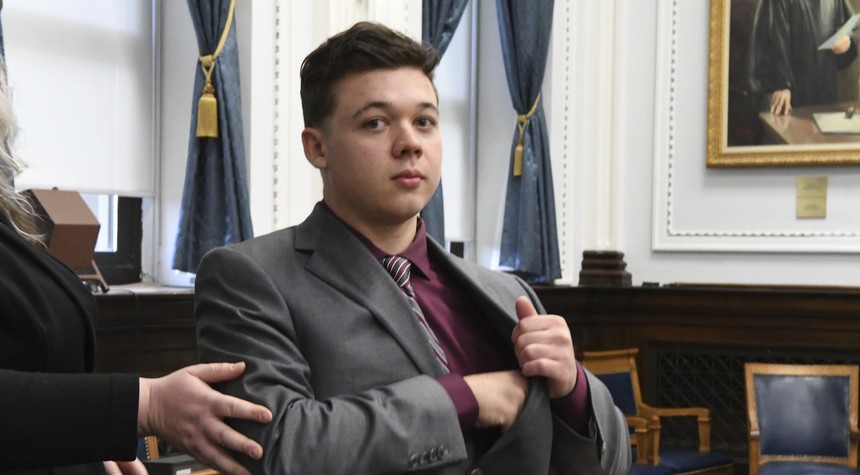 Kyle Rittenhouse appeared on Tucker Carlson on Monday night with his lawyer Todd McMurtry. McMurtry represented Nicholas Sandmann, the young man who at 16 was maligned by multiple media organizations and painted as some kind of a villain for the crime of standing still with a MAGA hat on when the media wanted to demonize all things related to President Donald Trump. Sandmann’s legal team got multiple settlements from media organizations on Sandmann’s behalf. Now McMurtry is evaluating the possible actions for Rittenhouse.

“Well, we’re going to make the media pay for what they did to me. They made it harder for me to live a normal life. I can’t go out into public. I can’t go to the store. It’s hard for me to go anywhere without security. Doing basic things like taking my dog to the dog park is difficult. They made it really difficult to be normal and they affected future job opportunities for me. I don’t think I’ll ever be able to work or get a job because I’m afraid an employer may not hire me.”

McMurtry said the first tech company they were looking at in terms of legal action was Facebook. He said that Mark Zuckerberg announced on video that what Kyle had been involved in was “mass murder.” “That’s clearly defamatory,” McMurtry said. McMurtry also said they were going to sue not just because they were making false claims about Kyle, but that they were also suppressing the truth by taking down posts that would have clarified the case for the public as well.

McMurtry also brought up how others in the media had called Rittenhouse a “white supremacist,” a claim that was made up out of thin air and that they would be pursuing those claims as well. While McMurtry didn’t mention Joe Biden, he was one of the most prominent people to push that false claim, even putting out a video that had Kyle featured in it.

The media acted without any responsibility when it came to Rittenhouse, as this supercut shows.

Rittenhouse said that he has been harassed over it and he has to have security with him.

McMurtry told Fox News that there were “probably 10 to 15 solid” cases against “large defendants,” and that Zuckerberg was at the top of the list, “because he has an outsized voice,” given the Facebook platform.

“Not to mention what they call perpetual reputational harm, which means that Kyle is never going to have an interaction with anybody where they don’t know who he is. And this is going to follow him around for the rest of his life.”

“Everybody’s going to prejudge him in every new interaction that he has with everybody for the rest of his life, and that’s called perpetual reputational harm. … The social media hysteria caused all this because people can’t act reasonably and rationally in certain circumstances,” McMurtry said.

So it looks like they’re finally going to start dropping actions on people. It would be quite something if they include Zuckerberg and Biden. They think they have no responsibility for what they say. Taking action against them would be a big signal to the media — and public officials — that they will be held accountable. It would not be hard to show that reputational harm to Rittenhouse. Just looking on social media, he’s constantly being defamed by people on the left as a “murderer” and accused of false things because of the bogus reporting of the media — and he’s right that he may face questions for a long time over anything he tries to do in life.