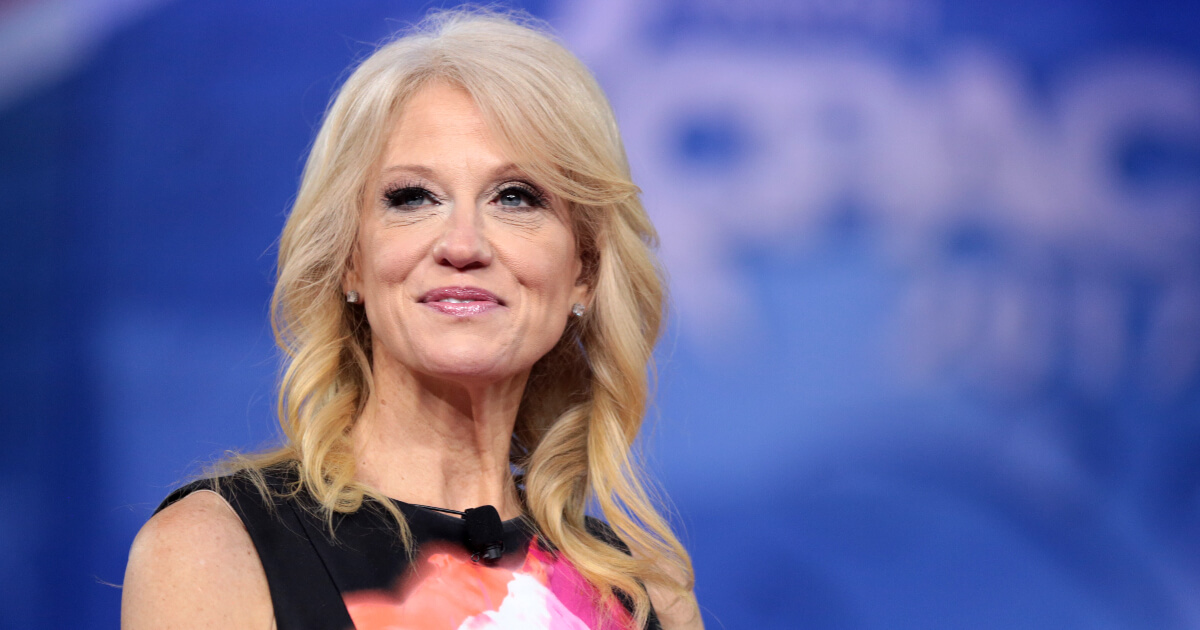 The woman who managed his 2016 presidential campaign said Donald Trump deserves credit for delaying announcements about his candidacy until after the midterm.

Kellyanne Conway said Thursday during a journalist’s breakfast panel that Trump is expected to announce his candidacy soon.

Former Trump 2016 campaign manager and senior counselor to the 45th President, Kellyanne Conway, said that Donald Trump would like to have already announced a presidential bid for 2024 but does not want to step “in the way of midterm candidates” — ahead of next week’s election.

She does however believe “you can expect him to announce soon.”

Conway’s remarks came after National correspondent at National Journal Zac Weisz asked her, “When will Trump announce his 2024 presidential bid?”

“He’d like to have done it already, and I give him credit for many things this year, because he’s gonna end up being a big winner from this election cycle,” Conway replied during a Christian Science Monitor Breakfast in Washington, D.C. on Thursday.

“… You know, Donald Trump in some ways never stopped campaigning from from early 2015. First, from himself and in between for many, many candidates,” she said.

“Unlike Joe Biden, Trump’s highly in demand in 2018 and did what he could to show up for many of these races. … Including into his post presidency years. And I would say it’s hard for me to say Joe Biden ever started really campaigning. Did he ever start campaigning for himself in 2019, 2020 after Covid hit? Conway wondered.

“In many ways, don’t miss why and how Trump is running for president again if he would like, because he actually never stopped being part of this. … I give him a ton of credit for staying in the game this cycle. … His legacy continues,” she said.

“I give him a tone of credit for not announcing this year, for not stepping in the way of the midterm candidates. … I think you can expect him to announce soon. … But as he would say, ‘Wait and see’”, Conway said.

“If and when Donald Trump announces his presidential run, it doesn’t scramble the Republican field, it scrambles the Democratic field,” she opined, before mentioning Joe Biden’s negative poll numbers and Kamala Harris’ unpopularity.

Top Official Delivers Warning About US military’s Lack of Preparedness: ‘Big One is Coming’