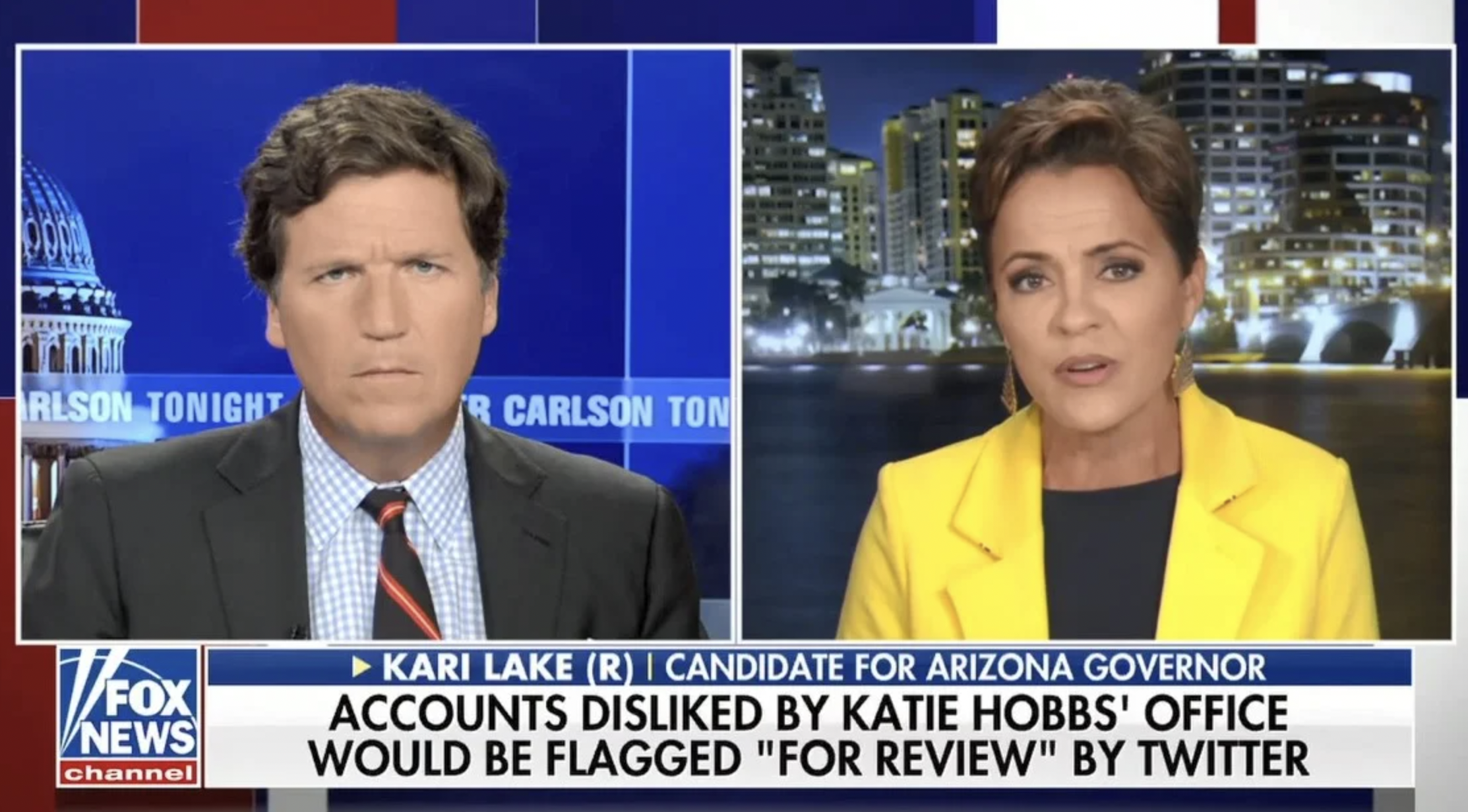 Previously, Tucker Carlson told Kari Lake that the only way she loses her race is if the election is stolen. And that is just what happened.

Tonight Kari Lake told Tucker Carlson that her team is drawing up lawsuits to challenge the Arizona midterm elections.

Kari Lake told Tucker Carlson, “We’re drawing up lawsuits because we won’t have elections like they have in 3rd world countries.”