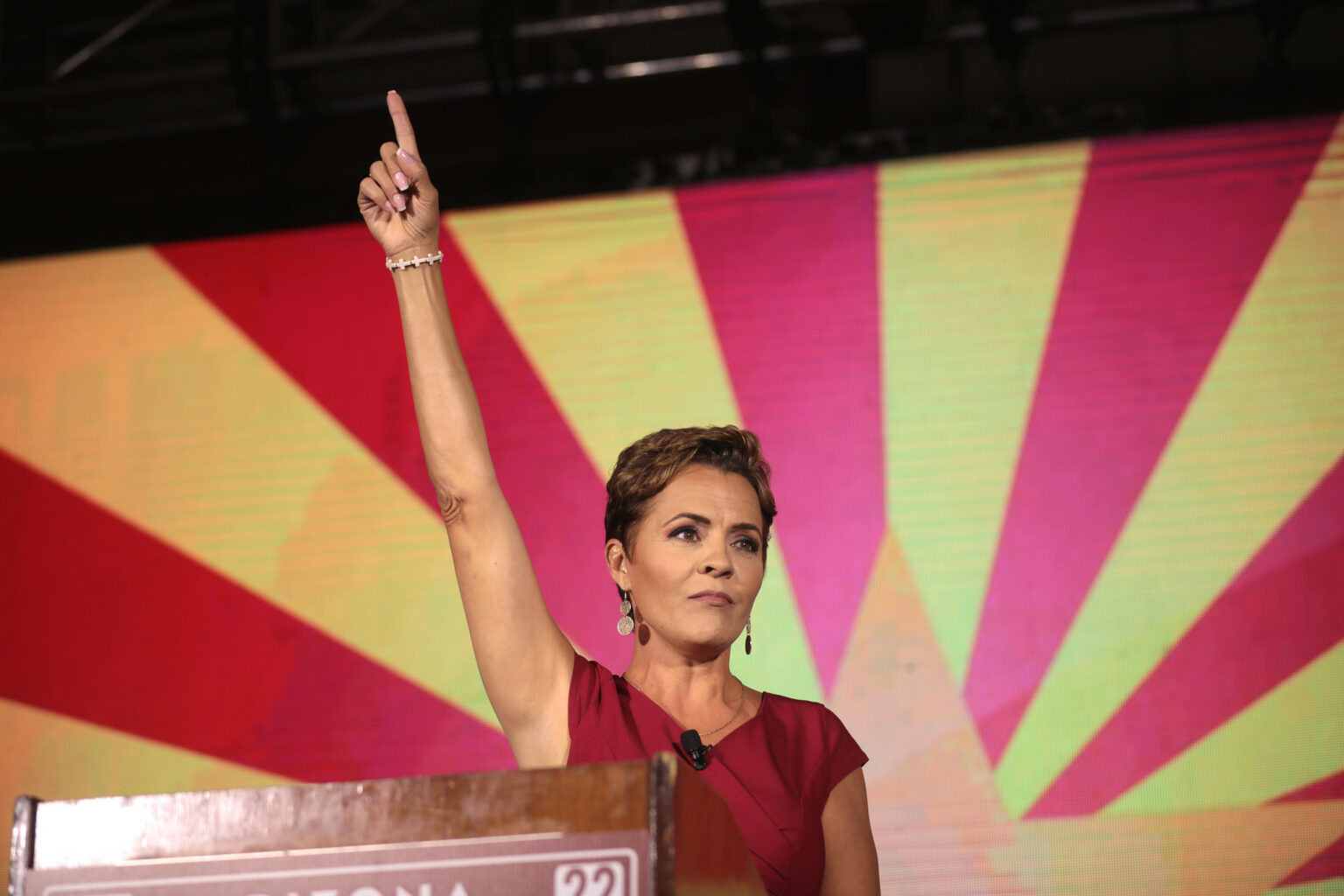 Arizona gubernatorial candidate, Kari Lake, announced Saturday that the first action she will take if she is elected governor would be to sign a declaration of invasion at the southern border.

“My first act as Governor will be signing a declaration of invasion at our border,” she vowed.

Lake continued, “Illegal immigrants & cartels will quickly get the message: Do not enter America illegally through Arizona. You will be sent back.”

In an interview on Newsmax, Lake said, “I have the only plan that will work, and it’s returning sovereignty to the states.” She added, “We are going to put a stop to this beginning on day one of my administration.”

Lake explained that since the Biden administration has not adequately addressed the problem of illegal immigration at the southern border, the states have the right to defend themselves.

“The states have the right in Article One Section 10 of the U.S. Constitution to protect their citizens from an invasion if the government is failing to do so,” Lake said.

Lake previously told Newsmax that Joe Biden knows what is happening and that he is simply refusing to address the problem. Lake said Trump’s policies made the border secure, however, “On day one of his presidency, Joe Biden came in and tore that back.”

As a result, Lake plans on deploying the Arizona National Guard to prevent people from crossing the border illegally into her state.

“Pretty soon, the world will get the message,” she said, “You do not enter America through Arizona, because you’ll be turned back around, or if you make it across, arrested and sent back across the border.”

In addition to her strong stand against illegal immigration, Lake is running on an America First platform. With the endorsement of the 45th president, she has quickly gained national attention for her bold statements against the Biden administration and her commitment to conservative principles.

Last week, Trump urged the people of Arizona, “With Kari, you’ll have Election Integrity, Strong Borders, Safe Streets, and all of the other things you’ve wanted for so long. Vote for Kari Lake.”

Republicans Are Blowing Out Democrats Even In Deep Blue Rhode Island