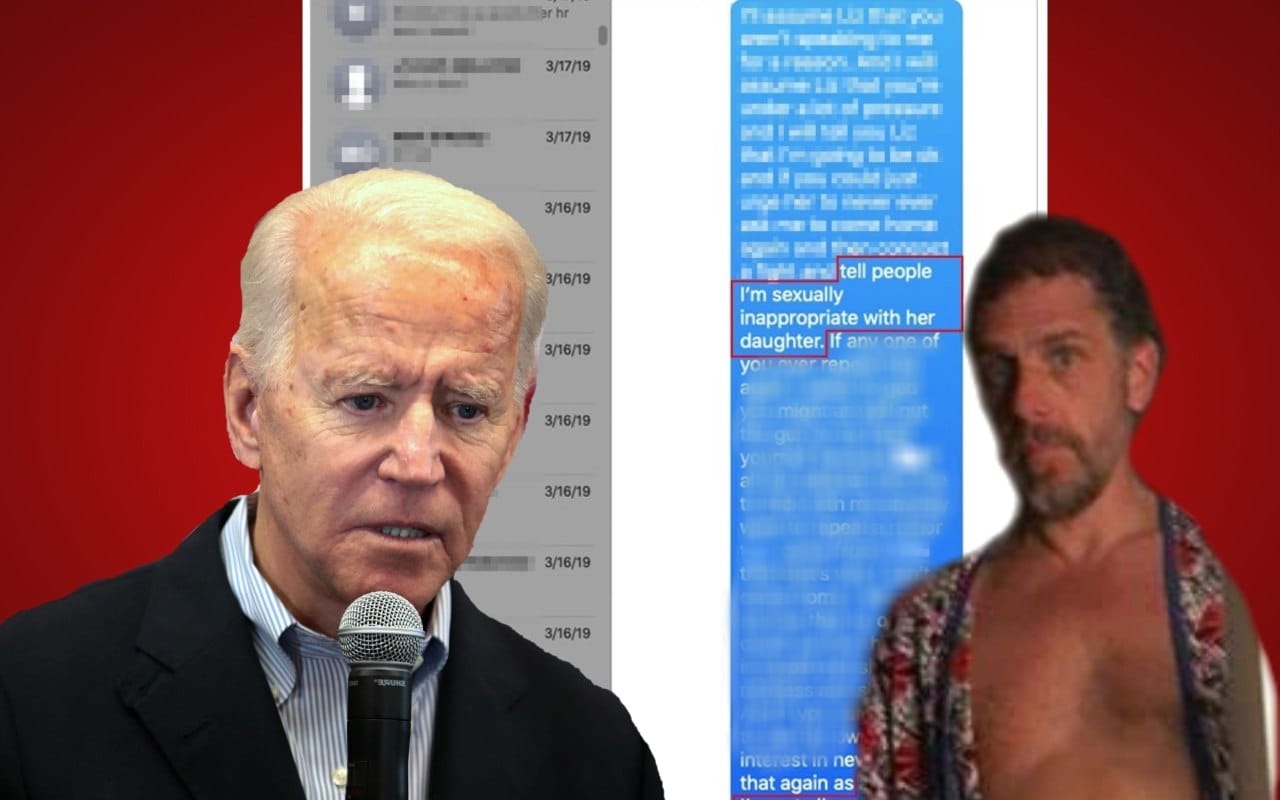 Democrats and the deep state tried to bring down President Donald Trump for colluding with a foreign regime against the interests of the United States.

Now we all know it wasn’t Trump, it was Joe Biden and the Biden Crime Family all along.

Do you think the fake news mainstream media WILL EVER report on this explosive development?

On December 14, 2018 at 10:41 AM Hunter Biden sent this text message to his brother’s widow Hallie Biden who he was now dating:

“You’re right Hallie and I find myself… very alone in dealing with rebuilding an income that can support an enormous alimony and my kids costs and myself, dealing with the aftermath of the abduction and likely assassination (that’s what NYT’s suspects) of my business partner the richest man in the world, the arrest and conviction of my client the chief of intelligence of the people’s republic of China by the US government, the retaliation of the Chinese in the ouster and arrest of US suspected CIA operatives inside China, my suspected involvement in brokering a deal with Vladimir Putin directly for the largest sale of oil gas assets inside Russia to China, a tax bill that Eric left hanging over my business and… And Dads running for president.”

Kanekoa reported on this explosive text message today on Substack.

Why was Hunter Biden working with ‘the chief of intelligence of the people’s republic of China’?

Why was Hunter Biden’s business partner with ‘the richest man in the world’ who was building China’s Belt and Road Initiative?

Founded in 2002, CEFC China Energy Company Limited (CEFC China) was the largest private oil and gas company in China when Hunter Biden began doing business with them in 2017.

As Hunter explained to his business partner Tony Bobulinski in text messages, he spoke with the Chairman of CEFC China Ye Jianming on a “regular basis” because they had “a standing once a week call as I am also his personal counsel (we signed an attorney client engagement letter) in the U.S.”

Hunter also said he was advising CEFC’s Chairman “on a number of his personal issues (staff visas and some more sensitive things).”

Ye Jianming has been ‘missing’ since 2018 and is “swimming with the fishes” according to Rudy Giuliani.

There is even Hunter Biden audio confessing his partnership with China Spy Chief.

Via Raheem Kassam of The National Pulse:

Hunter Biden – in an audio file labelled “Most Genius Shit Ever” – appears to be referencing Patrick Ho, who was a former Secretary for Home Affairs in Hong Kong, as a “spy chief of China” while lamenting how his business partner Ye Jianming of CEFC China Energy had disappeared.

Ho was also involved in the CEFC venture, as originally reported by the New York Post and suppressed by the media and Big Tech firms.

The audio breaks the mainstream media’s narrative that the hard drive is somehow “fake” or does not implicate Hunter or Joe Biden in criminal investigations and/or business deals with the Chinese Communist Party.

And in October 2020, before the election, The Gateway Pundit first reported exclusively on Hunter Biden’s 2.8 carat CCP diamong from the now missing China energy tycoon.

It now appears that the Bidens are responsible for the missing US spies inside of China.