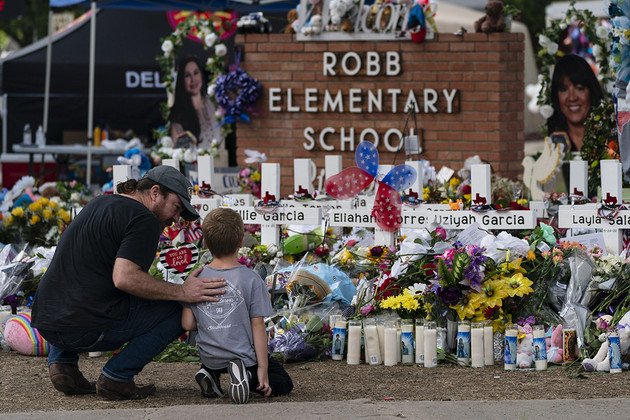 The Department of Justice will be investigating the police response to the Uvalde, Texas, shooting, it announced Sunday.

The shooter had roughly an hour alone inside the classroom where 19 children and two adults died. The initial response from police was to hold off trying to breach the classroom in favor of a waiting until those in charge were ready. That decision was excoriated by parents and has since been denounced by the Texas Department of Public Safety

“At the request of Uvalde Mayor Don McLaughlin, the U.S. Department of Justice will conduct a Critical Incident Review of the law enforcement response to the mass shooting in Uvalde, Texas, on May 24,” DOJ spokesman Anthony Coley said in a statement, according to Fox News.

“The goal of the review is to provide an independent account of law enforcement actions and responses that day and to identify lessons learned and best practices to help first responders prepare for and respond to active shooter events. The review will be conducted with the Department’s Office of Community Oriented Policing,” Coley said.

“As with prior Justice Department after-action reviews of mass shootings and other critical incidents, this assessment will be fair, transparent and independent,” he said. “The Justice Department will publish a report with its findings at the conclusion of its review.”

Active shooter response guidelines in the Texas commission on law enforcement 2020 training manual emphasize a fast response to save lives at any cost, according to CNN.

“As first responders we must recognize that innocent life must be defended,” the manual said. “A first responder unwilling to place the lives of the innocent above their own safety should consider another career field.”

The response had consequences, one expert said.

“The devastating injuries that many of those kids sustained, there’s no doubt some of those children bled to death while waiting for police to make entry,” said CNN Law Enforcement Analyst Charles Ramsey, a former Philadelphia police commissioner.

“There’s just no question in my mind that probably took place. There’s no way you can justify that.”

“The whole thing is a shame. I’m disgusted by all of it. I understand the human condition — the notion that, you know, this other guy might have superior firepower. At the end of the day, the protocols were breached. The active shooter protocols dictate that you go in.”

In summarizing the consequences of the delay, writer David French said police “waited. And waited. And waited. Two different girls called 911, begging for help. Their classmates were dead and dying all around them. They were in mortal danger. The first call came at 12:03. That same girl called back at 12:10, at 12:13 and 12:16. A different girl called at 12:19. The final call came at 12:36.”

“At this same time, families were rushing to the school. Police blocked them from trying to reach their children. The result was ultimate anguish. The videos are hard to watch. At 12:50 p.m. the police finally opened the door with a key, charged into the room and killed the shooter. That was one hour and 15 minutes after the first police contact in the school,” he wrote.

“We can and should investigate failures in command and control. We should re-examine police training. But we also need to acknowledge that what happened on the ground was that men were afraid, and in that moment, their courage failed.”

“Had the first seven officers pressed in, even as one or more of them fell, we’d still mourn the children who died, and we’d still be torn apart by debates over guns, but in our cultural crisis we’d know a degree of cultural comfort. Great courage would have confronted great evil, and we’d be reminded again about what the uniform is supposed to mean.”