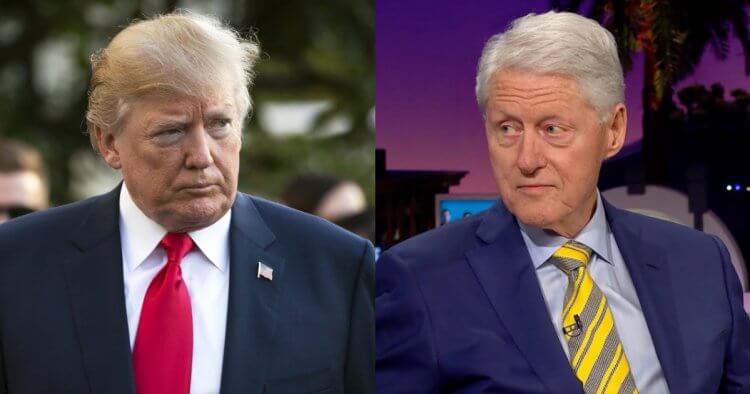 The ruling in question was tied to audio tapes that were found in Clinton’s sock drawer, which he used for his autobiography and that were also mined by writer Taylor Branch in Branch’s book “Wrestling History: The Bill Clinton Tapes” about Clinton, according to CBS.

The tapes became controversial when the watchdog group Judicial Watch attempted to go to court to demand the tapes be handed over to the National Archives and Records Administration so that the American people can have access to them.

However, the case was thrown out by U.S. District Judge Amy Berman Jackson in March 2012.

Solomon pointed to a few paragraphs of the 27-page ruling as significant to the case of Trump because they indicated a president had wide latitude concerning documents under the Presidential Records Act, he wrote in the Just the News article.

“Under the statutory scheme established by the PRA, the decision to segregate personal materials from Presidential records is made by the President, during the President’s term and in his sole discretion,” Jackson wrote.

“Since the President is completely entrusted with the management and even the disposal of Presidential records during his time in office, it would be difficult for this Court to conclude that Congress intended that he would have less authority to do what he pleases with what he considers to be his personal records,” the judge wrote.

The ruling also argued that the seizure of records such as these is inappropriate.

“Because the audiotapes are not physically in the government’s possession, defendant submits that it would be required to seize them directly from President Clinton in order to assume custody and control over them,” Jackson noted. “Defendant considers this to be an ‘extraordinary request’ that is ‘unfounded, contrary to the PRA’s express terms, and contrary to traditional principles of administrative law.’ The Court agrees.”

This ties back to Trump, due to his claims that the records that were seized were both declassified and personal. Tom Fitton, the president of Judicial Watch, said the connection between the cases is profound.

“The government, the lawyer for the Archives, said, ‘You know what? If documents are in the former President’s hands, where they’re presumptively personal, we just, you know, we presume they’re personal,’” Fitton said.

“The Justice Department previously had told us in response to a question about Bill Clinton: ‘Tough luck, it’s his.’ But they changed their mind for Donald Trump?” he said. “The law and court decision suggests that Trump is right. And frankly, based on this analysis, Trump should get every single document they took from him back. It’s all personal records.”

Kevin Brock, former assistant FBI director for intelligence, also argued that the search warrant used by the FBI was faulty and excessively broad, according to Just the News.

“Specificity is important in order to protect Fourth Amendment rights from exuberant government overreach designed to find whatever they can,” he said, arguing that the warrant “apparently makes a novel legal assertion that any presidential record kept by a former president is against the law. You have to wonder what the other living former presidents think about that. They have the right and, apparently, clear desire to remain silent.”