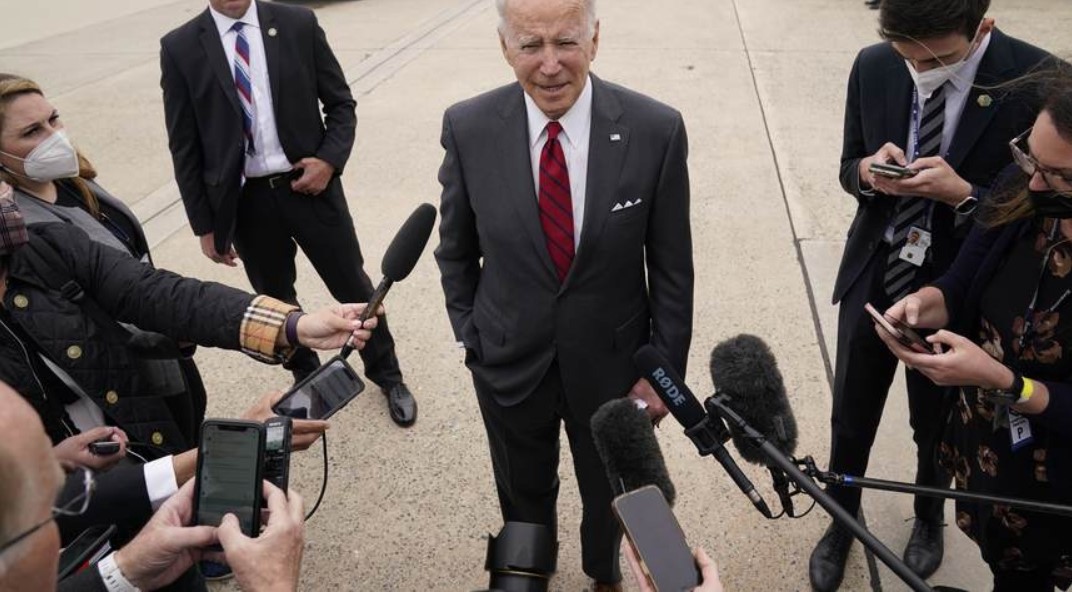 President Joe Biden’s no good, very bad week touring the Middle East ended in the wee hours of Sunday morning after he stepped off Air Force One at Joint Base Andrews. The trip, which was filled with an extraordinary amount of gaffes, confusion, senility, and foreign policy failures, delivered no known successes.

What it did deliver was humiliation, and Biden was none too interested in being asked about it upon his return. Reporters gathered on the tarmac in an attempt to address his now infamous fist bump with Saudi Crown Prince Mohammed Bin Salman. That led to a tense scene, where the president once again lashed out, something he’s become very prone to do when he gets a question he doesn’t like.

On the contrary, I’m pretty sure the President of the United States being humiliated on the international stage matters, and I’m not just talking about the fist bump. Saudi Arabia is an immensely flawed nation led by a monarchial dictatorship. No one is suggesting otherwise, but the geopolitics involved are complicated, and US interests, specifically regarding energy supplies, have dictated working with the Saudis for decades now.

Unfortunately, Biden brings with him one of the worst foreign policy records in history, having been wrong about essentially every major decision and proclamation he’s made over the last half-century. Upon taking office, he quickly moved to make the Saudis a “pariah,” pledging to not meet with its leaders while instead trying to appease Iran. That ill-advised path has led to nowhere but higher gas prices and the harming of US interests in the Middle East.

While the Saudis have chosen to continue building on the success of the Abraham Accords under former President Donald Trump, normalizing relations with Israel, Biden has been left flailing by his missteps. All the influence and leverage the US once enjoyed in the region was flushed down the toilet in a vain attempt to appease those obsessed with the Saudi murder of Jamal Khashoggi, a writer for The Washington Post who had a long history of jihadism.

That’s what makes the president’s trip to Saudi Arabia all the more perplexing. Did Biden and his handlers really think he could just show up, especially in his physical and mental state, and push the Saudis around? If they did, they were quickly disabused of the notion.

To recap the grueling ordeal, Biden arrived in Mecca, only greeted by the mayor of the city. That was the first power move. MBS then got Biden to fist bump him on camera even after the latter had spent years insisting he was going to punish the Saudis for the Khashoggi killing. That caused an uproar immediately among the US media, casting a dark cloud over the trip, and to make matters worse, the US president also appeared to get tricked into absolving MBS personally in a later meeting. Lastly, and perhaps most importantly, despite going to Saudi Arabia based on the promise of more oil, Biden left empty-handed, gaining not a single concession

Are you starting to get the picture now? The humiliation here wasn’t by sheer chance. It was meticulously planned out by the Saudis, and Biden happily walked right into the trap, adding another failure to his 50 years of foreign policy ineptitude. How did his handlers not see it coming?